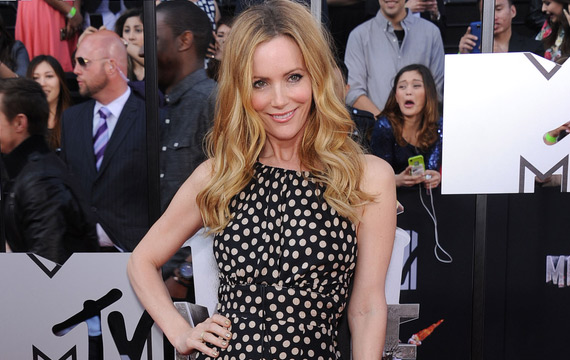 Leslie Mann has been tapped to join Ed Helms in the upcoming reboot of National Lampoon’s Vacation.

The This Is 40 star has been cast as Audrey Griswold, the sister of Helms’ Rusty Griswold, the grown-up son of Clark and Ellen Griswold, who were played by Chevy Chase and Beverly D’Angelo in the classic 1983 comedy.

The new film, titled Vacation, follows Rusty as an adult experiencing his own family break.

Christina Applegate has also signed up to play Rusty’s wife, and Thor hunk Chris Hemsworth is reportedly in negotiations to join the cast as Audrey’s husband.

Both Chase and D’Angelo are slated to reprise their roles in cameos. Anthony Michael Hall and Dana Barron, who portrayed Rusty and Audrey as kids in the 1983 comedy, are not expected to appear in the new film.

Vacation began production in Atlanta yesterday, after temporarily being held up due to creative differences behind the scenes.