Is This Photo Enough to Silence Beyoncé Pregnancy Rumors? 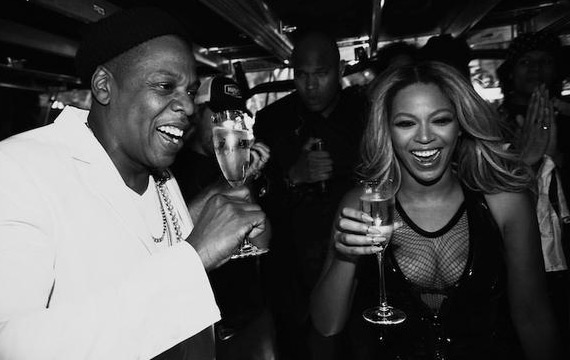 Beyoncé has cast doubt on rumors she is set to become a mother for a second time by posing with a glass of champagne at an end of tour party.

The singer and her husband Jay Z were rumored to be expecting a sibling for their daughter Blue Ivy after the rapper reportedly changed the lyrics in one of his songs during a live show in France on Friday to suggest the star is pregnant.

However, the pair appears to have dismissed the pregnancy rumors by posing with glasses of champagne at an end of tour party just a day after the reported lyric change.

The snap, which shows Jay Z and Beyoncé laughing and holding up their glasses of booze, was posted on the rapper’s Life + Times Twitter page.

What do you think? Could the champagne have been non-alcoholic or are these just more false rumors surrounding the pair? Let us know in the comments below!