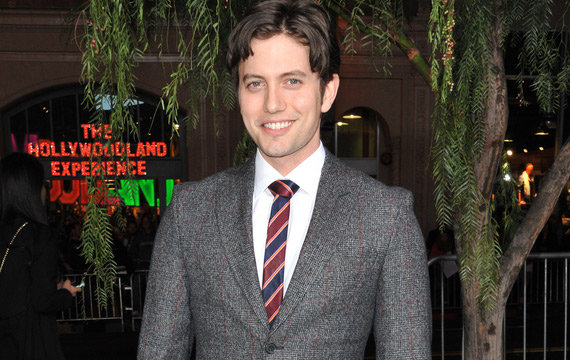 Jackson Rathbone suffered a near-death experience on Thursday when the pilot of a plane he was a passenger on was forced to make an emergency landing after an engine exploded.

The actor was was travelling from Long Beach, California to Austin, Texas with his wife Sheila Hafsadi and two-year-old son Monroe when the right engine on the JetBlue aircraft malfunctioned shortly after take-off.

The cabin began filling with smoke and panic ensued as the oxygen masks failed to drop automatically, prompting “brave stewardesses” to manually fix the problem.

Rathbone documented the harrowing journey with a series of photos on his WhoSay account, revealing he was prepared for the worst as he hugged his family on the troubled aircraft, writing, “I recited the Lord’s Prayer as I held my son and my wife in my arms. The pilot came on the PA and let us know we lost the right engine.”

Alongside one snap of passengers standing on the runway after the emergency landing in Long Beach, he added, “We were told to brace as we careened sharply back towards land. Guided by our pilot, and I believe our guardian angels, we landed safely.”

He then uploaded another photo of himself and his wife and kid, and explained how they had dashed for the exits as soon as possible, leaving all of their belongings behind: “I grabbed my son and jumped down the inflated ramp, my wife following. We left all our personal effects onboard. Who cares. We were alive.”