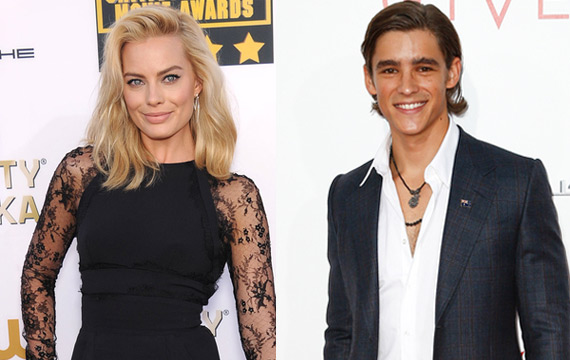 The Wolf of Wall Street star Margot Robbie will be honored at the Australians in Film (AiF) Awards ceremony in Los Angeles next month.

The actress, 24, will be feted with the AiF Breakthrough Award, which recognizes Aussies making it big in Hollywood.

Along with Robbie, The Giver actor Brenton Thwaites will also receive the prize at the annual ceremony.

AiF President Simonne Overend praises both actors for their achievements over the past year, telling TheWrap, “Both these actors embody the very best talent and potential that we see emerging from Australia today. Their international success so early in their career suggests great promise for the years ahead.”

In addition, former Without a Trace star Anthony LaPaglia will be named as one of two Orry-Kelly International Honorees, a prize which recognizes the support of Australians working in the film and television industries in Los Angeles.

The ceremony will be held on October 26.