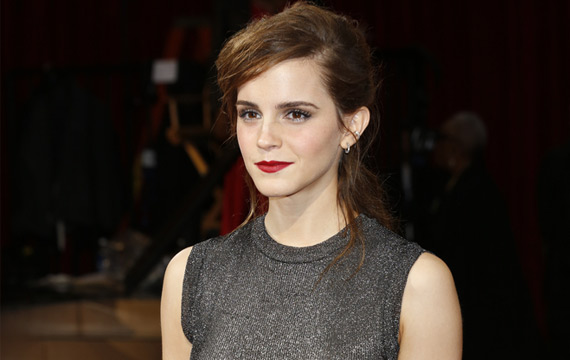 Emma Watson delivered her first speech as a United Nations Women’s Global Goodwill Ambassador on Saturday when she helped launch the HeForShe campaign against gender inequality in New York.

The actress recalled her introduction to gender issues at a young age when she was called “bossy” for wanting to stage plays for her family, and she approached the ‘f’ word, when she told the dignitaries before her she was proud of being a feminist, even though the word no longer appears to mean what she would like it to.

Listing a series of important events as a teenager that made her realize that girls and women often feel they have to make odd choices to fit in, she added, “When, at 14, I started to be sexualized by certain elements of the media, when, at 15, my girlfriends started dropping out of their beloved sports teams, because they didn’t want to appear ‘muscle-y’, when, at 18, my male friends were unable to express their feelings, I decided that I was a feminist. And this seems uncomplicated to me. But my recent research has shown me that feminism has become an unpopular word.

“Women are choosing not to identify as feminists. Apparently, I am among the ranks of women whose expressions are seen as too strong, too aggressive, isolating and anti-men, unattractive, even. Why has the word become such an uncomfortable one?”

“But sadly, I can say that there is no one country in the world where all women can expect to receive these rights. No country in the world can yet say that they have achieved gender equality. These rights, I consider to be human rights but I am one of the lucky ones, my life is a sheer privilege because my parents didn’t love me less because I was born a daughter. My school did not limit me because I was a girl. My mentors didn’t assume that I would go less far because I might give birth to a child one day.”

The Penguin Takes Over NYC in Time for 'Gotham' Premiere