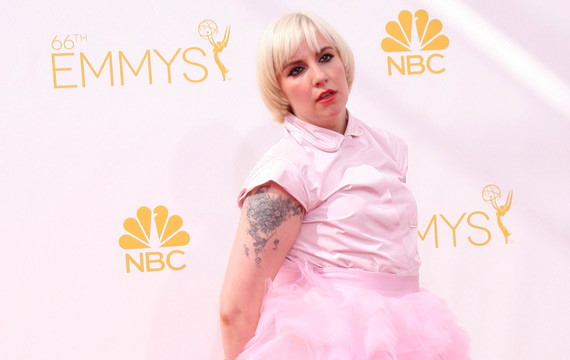 Lena Dunham has sworn off extreme dieting for good after one tea cleanse landed her in hospital.

The self-confessed “chubby” Girls star reveals she wanted to lose some weight before her show became a hit in 2012, but her plan to shed the pounds didn’t work out too well.

She tells People magazine, “We were shooting the Girls pilot, and I was like, ‘I’m going to Hollywood, what am I gonna do?’ So I forced myself to attempt to rejigger (sic) my body. I couldn’t even do it. I ended up hospitalized for drinking too much laxative tea and not taking care of myself.”

Dunham, who is dating fun. rocker Jack Antonoff, has since embraced her larger figure and takes pride in proving to female fans they don’t need to be skinny to succeed in life.

She says, “Recently I was around a lot of very thin women with a young girl, 16 or 17. She looked shaken up, and she said, ‘I thought I was pretty, but I guess I’m not’. I was like, ‘Look at me. I have a great job, I own an apartment, I go out with a guy in a rock band! Who woulda (sic) thought? And I’m totally chubby!’ It was the most fun I’ve ever had.”