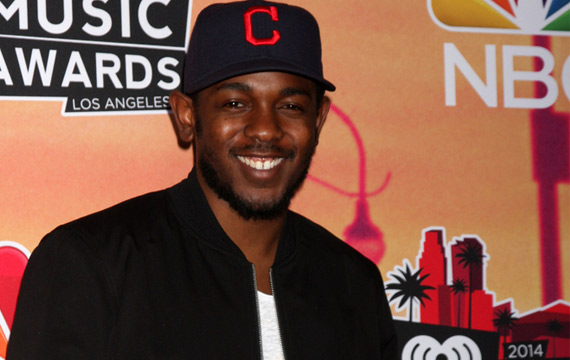 Kendrick Lamar paid a visit to the Missouri home of Ronald Isley to personally get the soul veteran’s permission to sample his work on a new single.

The rapper released “i” this week and he reveals he went out of his way to secure the rights to use The Isley Brothers’ 1973 track “That Lady” on the tune.

He tells BBC Radio One, “I actually had to go to St. Louis and get the blessings from Ronald Isley.”

The 73-year-old obliged and even joined Lamar in person for the recording session.

The hip-hop star says, “That was a trip (crazy experience). We got in the studio and just vibed and talked about how things were back then and how they are now, and you can actually hear him on the record with a few ad libs that he actually did. We got it on camera and things like that, it’s a beautiful thing.”

The song is the first single from Lamar’s sophomore album, the follow up to 2012’s acclaimed good kid, m.A.A.d city.

You can listen to Kendrick’s new track below:

'How to Get Away with Murder' Star Viola Davis Reads Angry Parking Note She Received on 'Jimmy Kimmel Live!'