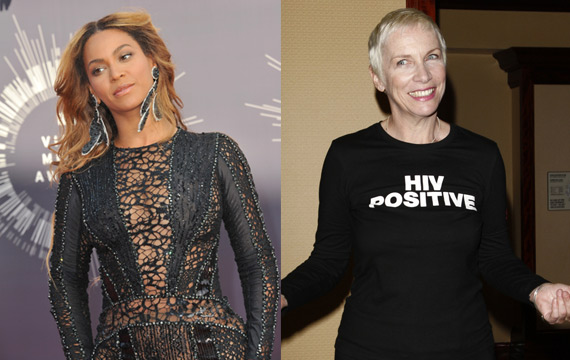 Beyoncé publicly declared her stance by flashing the word ‘feminist’ up in lights during her performance at the MTV Video Music Awards in August.

She tells Pridesource.com, “I would call that ‘feminist lite’. L-I-T-E. I’m sorry. It’s tokenistic to me. I mean, I think she’s a phenomenal artist – I just love her performances – but I’d like to sit down (with her)… I see a lot of it as them (stars like Beyonce) taking the word hostage and using it to promote themselves, but I don’t think they necessarily represent wholeheartedly the depths of feminism – no, I don’t. I think for many it’s very convenient and it looks great and it looks radical, but I have some issues with it…

“I think it’s a cheap shot. I think what they do with it is cheap and… What can I tell you? Sex always sells.”

Beyhive members, tell us how you feel about Annie’s comments regarding Beyoncé being a fake feminist in the comments below!

The Photography of Forza Horizon 2