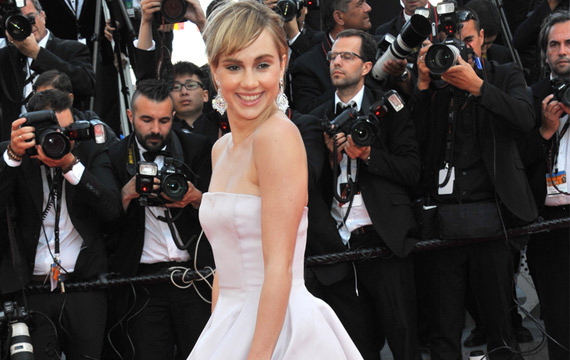 Suki Waterhouse did not have to dig too deep to research her role as a hot model who breaks up a couple in new film Love, Rosie, because she was on the wrong end of a love triangle at school.

The 22-year-old, who is dating Hollywood hunk Bradley Cooper, admits she can sympathize with co-star Lily Collins’ character – because she was just like her not that long ago.

In the film, Waterhouse plays model Bethany, who comes between the title character and the love of her life, Alex, portrayed by Sam Claflin – and she admits she based her role on the girl who stole her boyfriend when she was a teenager.

She explains, “I haven’t run into her for a long time. But it’s so weird, even though it’s been such a long time, those things from school still hold such a thing for you.”

Well girl you may need to let that “thing” go…don’t you know who you’re dating now?!

Atlanta Eats Live! Review: We Came, We Ate, We Conquered