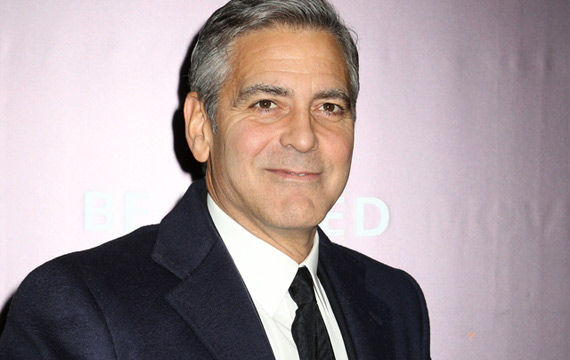 The actor, who wed British lawyer Amal Alamuddin in Venice, Italy last month, returned to work by crashing a panel discussion featuring his co-star Hugh Laurie and Britt Robertson, much to fans’ amusement.

He even joked to the crowd, “It’s not lost on me that I’m spending my honeymoon at Comic Con. My wife was as confused about what Comic Con was as you are.”

Clooney went on to poke fun at his portrayal of the Caped Crusader in his much-maligned Batman & Robin film in 1997 to explain his absence from the famed Comic Con events throughout his career.

He continued, “Since my Batman I’d been disinvited (sic) from Comic Con for about 15 years – sorry about the nipples on the suit.”

In Tomorrowland, directed by Brad Bird, Clooney portrays an inventor who teams up with a boy genius to discover the secrets of a land far, far away.

The movie is due for release in May.