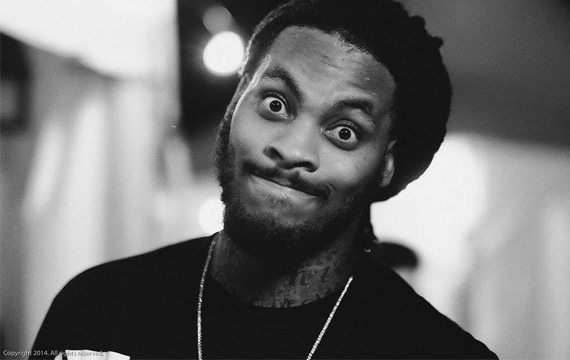 Wacka Flocka Flame has been arrested in Georgia after customs officials found a loaded gun in his luggage as he attempted to board a plane.

The star, real name Juaquin Malphurs, was detained at Hartsfield-Jackson Atlanta International Airport on Friday morning and charged with carrying a weapon in a prohibited place.

Reports suggest he didn’t have a permit for the gun.

He is currently in custody at Clayton County jail.

The rapper’s love of guns landed him in trouble earlier this year – he is reportedly facing an investigation by probation officials after he was featured in an Instagram photo brandishing a firearm.

The rapper, whose probation from a previous conviction bans him from being in possession of weapons, posed alongside his wife Tammy Rivera in the shot, in which he can be seen pointing a gun at the camera.

The snap, which Rivera uploaded on September 3, went viral and caught the attention of authorities, who contacted Waka Flocka Flame’s attorney over the careless picture.

'Jane the Virgin' Star Gina Rodriguez Is Afraid of the Dentist