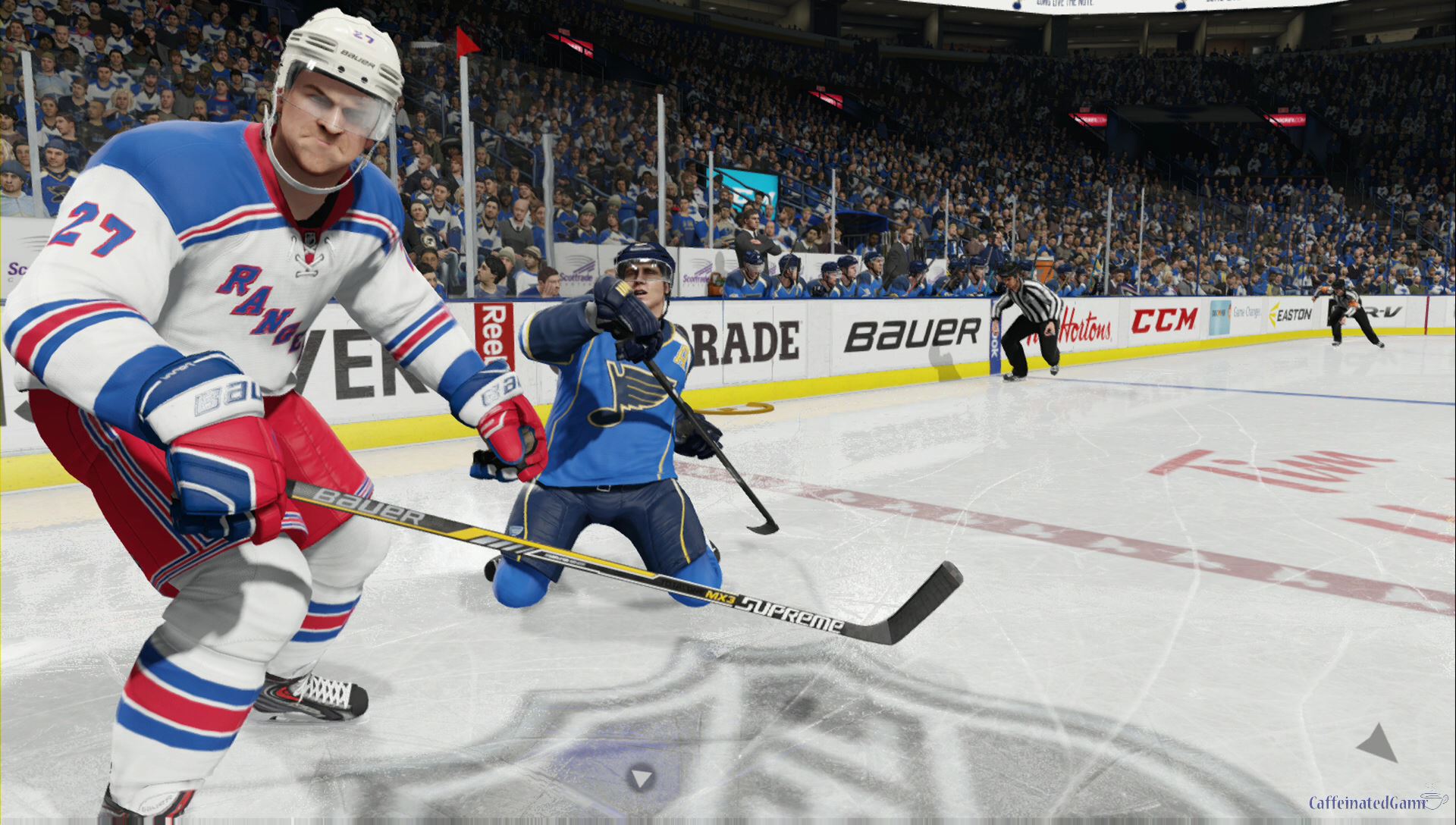 It’s time to get back on the ice as the new hockey season has begun! I’m a big Rangers fan, and they opened up their season against the St. Louis Blues. So, like I do every year, I made sure to play a game against our first opponent in the latest NHL title from EA Sports.

This year we have NHL 15 which debuts on next-gen consoles for the first time. For the most part the game feels very familiar compared to previous years, except this time it comes with a slight graphical enhancement. Unfortunately all the big hits that were featured in last year’s version aren’t as easy to come by this year, though massive hits still happen when timed right. The defense is also a bit different this year as it’s a little more sensitive to movement. That has made it more difficult to play my lanes, so that’s been something I’ve had to get more accustomed to. 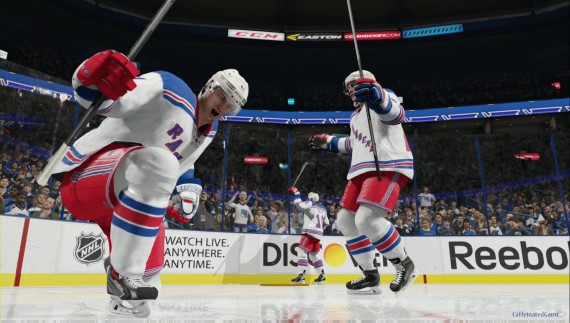 The offense feels just as familiar though. As I took on the Blues with my beloved Rangers, I scored a few of those goals where players drive to the middle of the ice and wrist shot it high-corner. Nash is a beast in that area! I also set up some nice screens and scored on a slapshot from the point with Boyle. It would be great to see him do well in his first game as a Ranger, wouldn’t it?! (Though he’s now out 4-6 weeks with a broken hand, ugh!!) The physics with the puck this year are more entertaining as deflections and bounces have set up rebound opportunities from wide-angle areas. Of course, Lundqvist has come up huge for me on a couple of those plays that have gone against me.

I won the first game of the season against the Blues with a final score of 6-2. It wasn’t the exact same score, but I’m glad the Rangers pulled off a win in their actually first game against the Blues. If it was the other way around, I would have probably replayed them again on NHL 15 and played more physical which is something I tend to do when my Rangers don’t play so well.

So, who else out there is always inspired by the NHL season to play the latest hockey game with their favorite team? What are your traditions? Let me know on Twitter @CaffeinatedGamr 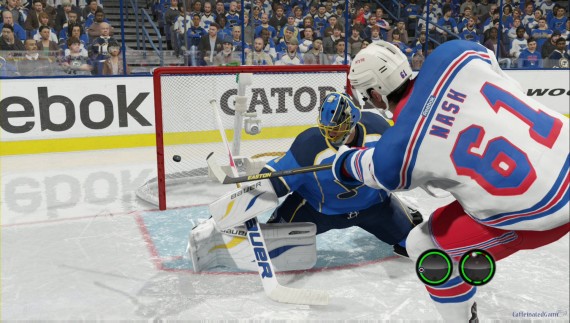 By the way, for the first time in any of the EA Sports games, I’m actually having a lot of fun with the Hockey Ultimate Team. I especially like it when I come across good teams with a stacked lineup and beat them with my fairly average team. Good times!