I’d heard of Final Fantasy Type-0 before, but like most games that never come to the US I quickly forgot about it. I mean, why keep twisting the knife, right? That’s all changed now that I’ve gotten some hands-on time with Final Fantasy Type-0 HD at this years New York Comic Con.

Type-0 originally released on the PSP, but you’d be hard-pressed to tell when seeing it running on the Playstation 4 and Xbox One. The textures look great, the animations are surprisingly fluid, and it includes both English and Japanese audio. So basically it’s the kind of port most Final Fantasy fans will appreciate. 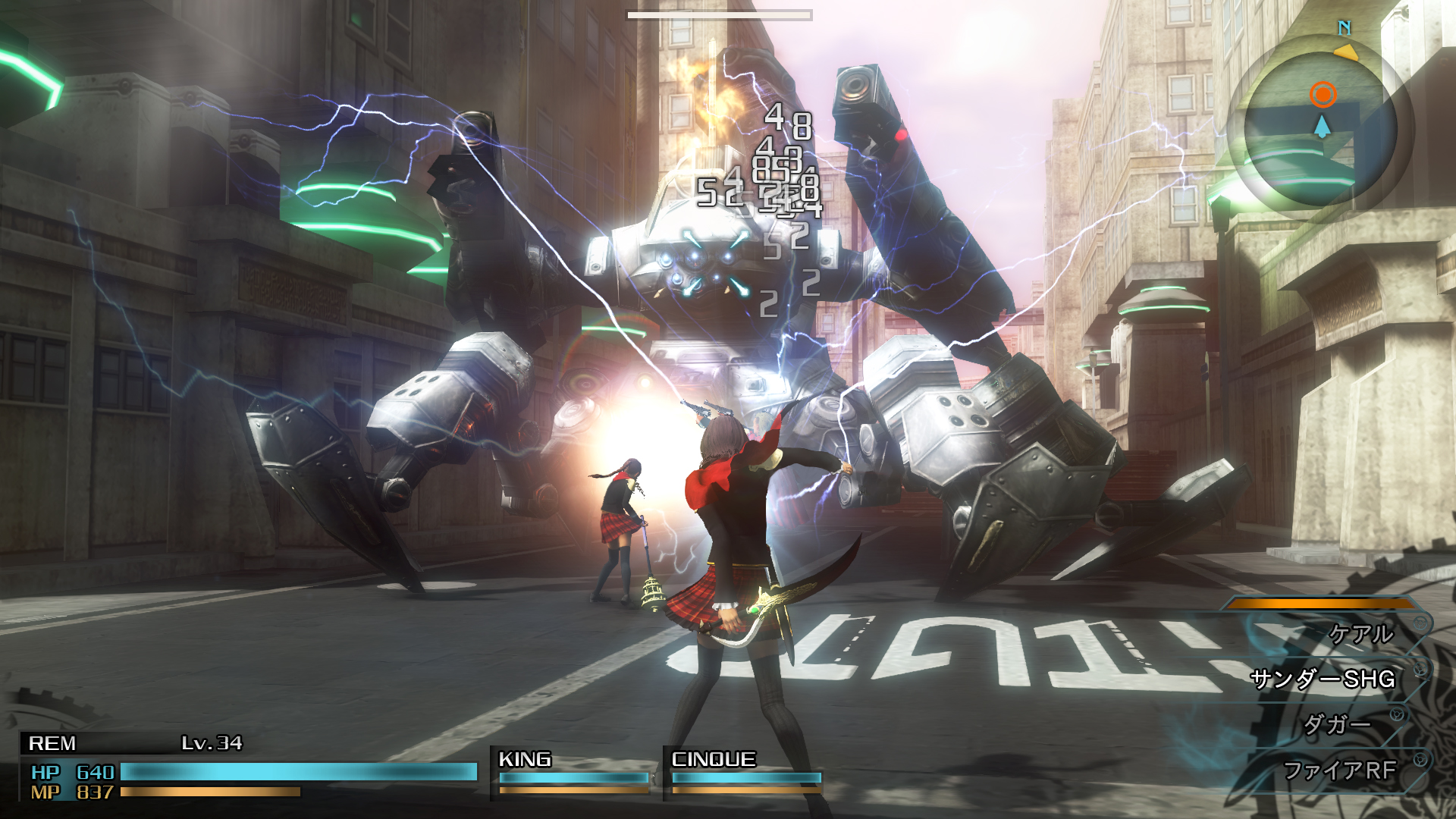 The game itself, for the unfamiliar, is very action-focused. There’s no turn-based combat or Active-Time system here. Instead, you get to control one of three characters – swapping between them, mashing the attack buttons, casting magic, and dodging all in real time. You aren’t limited to only three playable characters, either. There’s actually a total of 14 characters to choose from, but you can only bring three of them along on a given mission.

So it’s a sort of Final Fantasy action RPG (set in the same universe as XIII and XV, no less). But how is it? Well, based on the half-hour I was able to play I think it’s incredibly fun. The combat takes a little getting used to because all of the spells have a limited range, but there’s a noticeable difference between character specializations and everything is pretty fluid. It reminds me of how much I enjoyed Crisis Core, actually.

Final Fantasy Type-0 HD will be making its way to the Playstation 4 and Xbox One on March 17, 2015. I’d suggest you keep an eye out.