Film fans have been tricked into believing Cate Blanchett is set to tackle the iconic role of Mary Poppins in a new Tim Burton movie after a fake movie poster surfaced online.

The image featured the Blue Jasmine star in period costume against a dark blue backdrop of Edwardian London, with a number of umbrellas floating across the sky.

Blanchett’s name was given top billing alongside Maleficent’s Sam Riley and accompanying reports suggested the project, a twist on the Disney classic, had been announced through Burton’s Facebook.com account, with a release date of 2016.

However, no such post existed on the social networking site and eagle-eyed fans soon determined the news and poster had been part of a hoax after realising Blanchett’s body and attire was actually that of Doctor Who companion, Clara Oswald, played by actress Jenna Coleman.

Pranksters took the image of Coleman, with her hands clasped in front of her, from a promotional snap for the cult British sci-fi series and simply used computer-generated imagery to digitally place Blanchett’s face on her body. 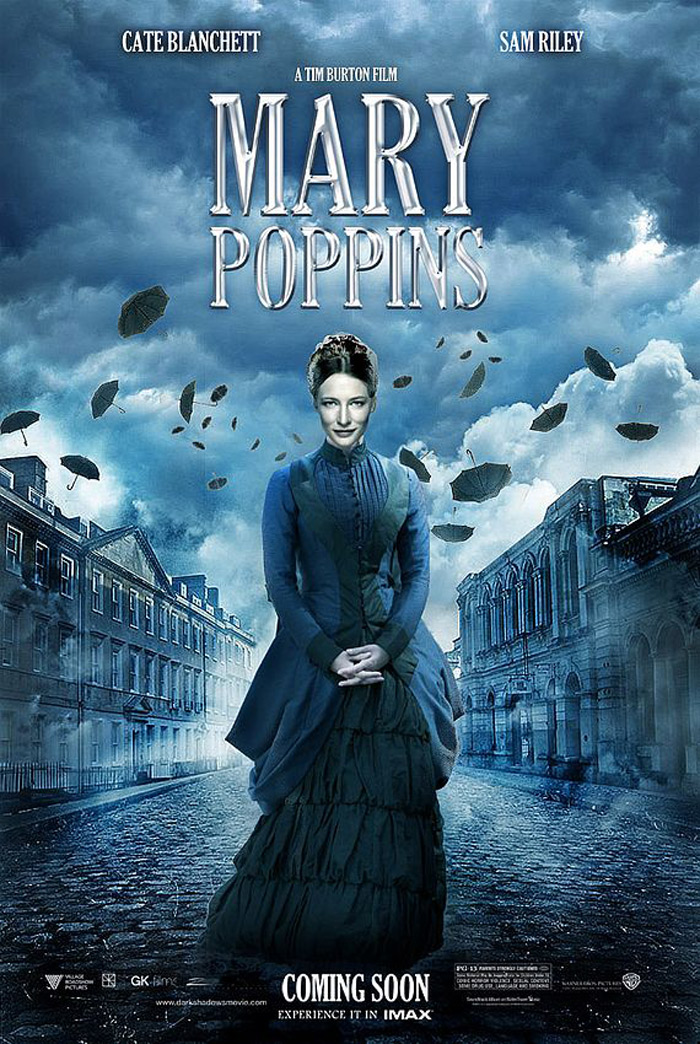 The original 1964 Mary Poppins movie, based on the book of the same name by P. L. Travers, featured Julie Andrews as the titular character and co-starred Dick Van Dyke.