Who Wore It Best: Selena Gomez or Lucy Hale? 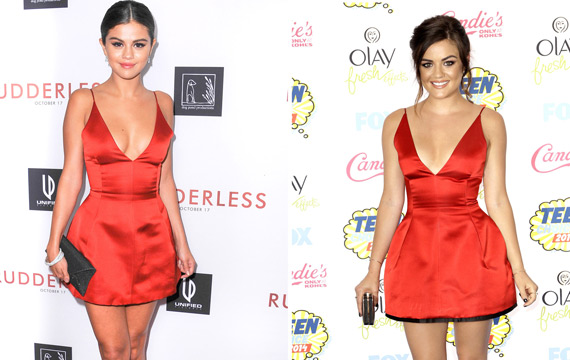 Both Selena Gomez and Lucy Hale were spotted in the same dress recently! Lucy wore it first to FOX’s 2014 Teen Choice Awards at The Shrine Auditorium back in August, and Selena wore last week to the Rudderless premiere at the Vista Theatre in LA.

Selena stars alongside Billy Crudup, Anton Yelchin, and Felicity Huffman in Rudderless, where she plays Katie Ann Lucas, the girlfriend of a student that was killed during a mass shooting. The film marks William H. Macy‘s directorial debut.

The dress in question is by Dior.

Who Wore It Best: Selena Gomez or Lucy Hale? 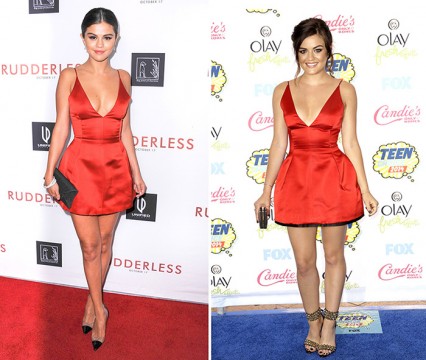 Who do you think wore it best? Selena Gomez or Lucy Hale? Let us know in our poll below!