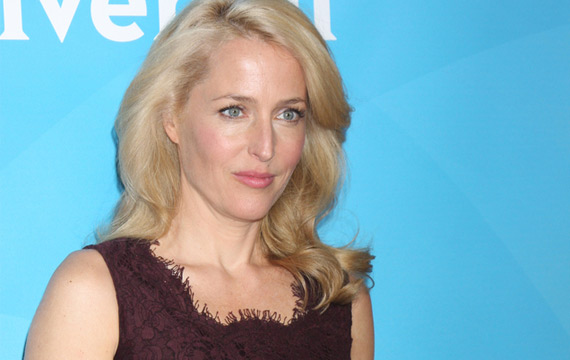 Gillian Anderson has made a public plea to director Paul Feig to cast her in his all-female revamp of sci-fi comedy classic Ghostbusters.

The former X-Files star was unaware of the upcoming project until she was quizzed about the reboot during an Ask Me Anything session with fans on Reddit on Sunday, and now she’s keen to get in on the action.

She then urged fans to “Start a Twitter petition!” and when one Reddit user offered to take charge of the campaign, she replied, “MAKE IT HAPPEN!!”.

And Anderson insists she is more than suited for the spook-hunting role because she is always aware of other spirits.

She revealed, “I’ve definitely felt other spirits. I’m quite sensitive to it.”

Bridesmaids filmmaker Feig is reteaming with The Heat screenwriter Katie Dippold to pen the script for the project, which is expected to start shooting early next year, with original Ghostbuster Dan Aykroyd slated to return and Ivan Reitman, who directed the 1984 spook-chasing film and its 1989 sequel, expected to co-produce.

Co-stars Bill Murray and Ernie Hudson have yet to sign on.

The female leads have yet to be cast.