I’ve no doubt you’ve already read a review (or two) for Middle Earth: Shadow of Mordor, and I’ve no doubt it was a positive one. I wish I could say I’m not going to parrot the praise everyone’s been heaping on this game (because dissenting opinion = drama and drama=hits), but that’d be a lie. This game is great and you should totally play it.

A ranger named Talion and his family are enjoying the relatively quiet life when things suddenly go horribly wrong. And before you can say “I sure am glad the tutorial is over” his wife, his son, and he himself are murdered by one of The Dark Lord’s elite officers. But death doesn’t really get in Talion’s way when it comes to revenge – oh no – instead he ends up partnering with the specter of a long-gone elf and inhabiting the world between life and death. 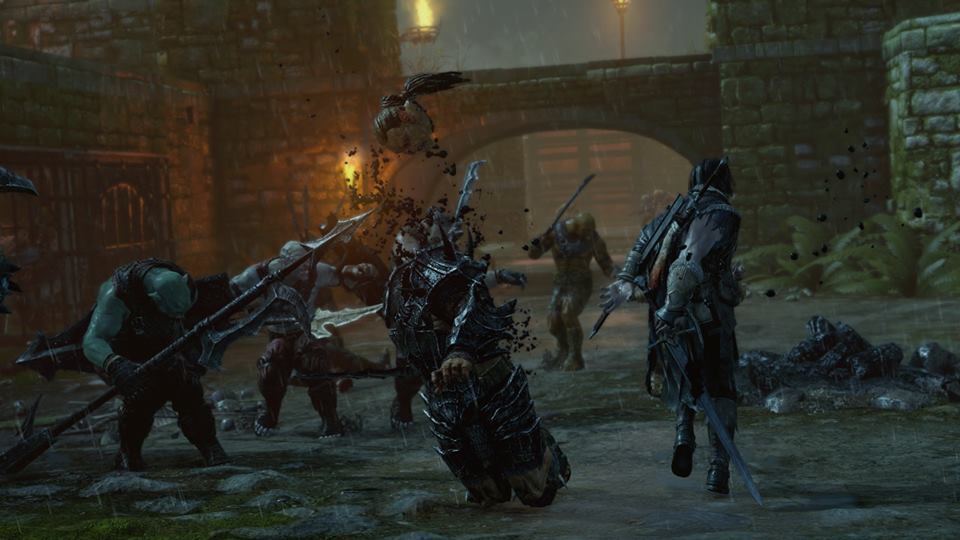 Talion’s quest for payback will see him through a couple of rather large open-world environments in Mordor; both of which have been infested with Uruks (the larger than normal “buff-dude” orcs). I’m a bit confused as to why they’re all over the place seeing as the game is supposedly set between The Hobbit and The Lord of the Rings, and it was my understanding that Saruman created the Uruks during The Lord of the Rings, but it’s really not all that important anyway. They make good fodder. I was also a bit put off by the recycling of one of the major scenes from The Lord of the Rings (possessed Theoden says “Hi!”), but again, it’s not very important.

Honestly, the story in Shadow of Mordor is largely forgettable. Tragedy leads to revenge, unwilling partners become something akin to friends, broody-broody-stab-stab, etc. It’s just a vehicle to keep everything else moving. Thankfully everything else is ridiculously fun. 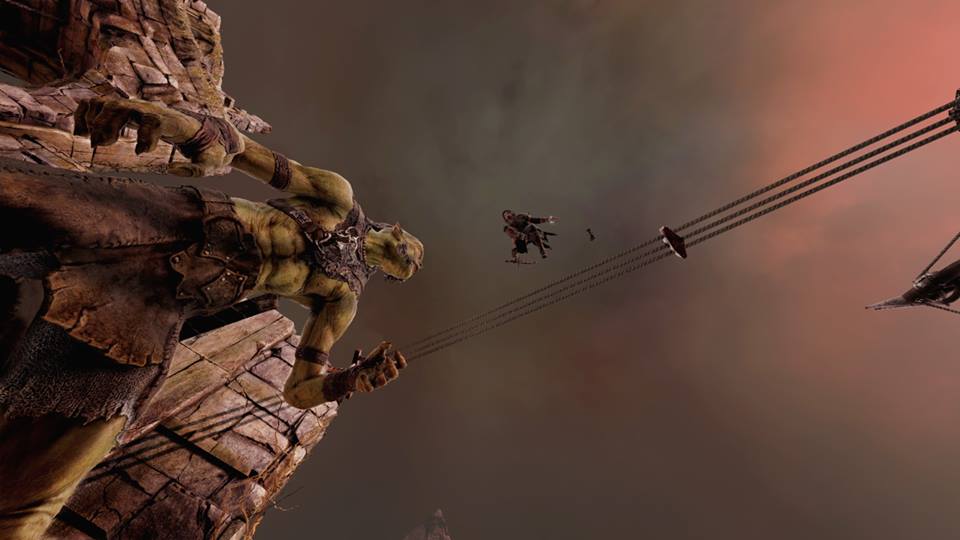 Shadow of Mordor plays a lot like a combination of Assassin’s Creed and Arkham Asylum in that Talion clambers all over everything, performs brutal stealth kills, uses Wraith Vision to see enemies through objects and over great distances, and the combat is pretty much Batman but with swords. None of that is really a dig against the game, however, as it pulls all of these elements off quite well even before you start getting the ridiculously over-powered abilities from the late game. However, the real standout is the much-touted Nemesis System.

Sprinkled throughout Mordor are a number of low-level Uruk captains, elites, and war chiefs. These named enemies don’t just present a bit more of a challenge, but also provide major targets. The thing is, if an Uruk kills you he’ll be promoted – so a captain will become even more powerful, a nameless Uruk will become a captain, and so on. Then you can hunt them down and get them back if you so desire. Similarly, sometimes an Uruk you kill can miraculously survive, and might return with even more power and a serious axe to grind. I’m not kidding: one such Uruk came after me like five times in a row. He just wouldn’t stay dead! 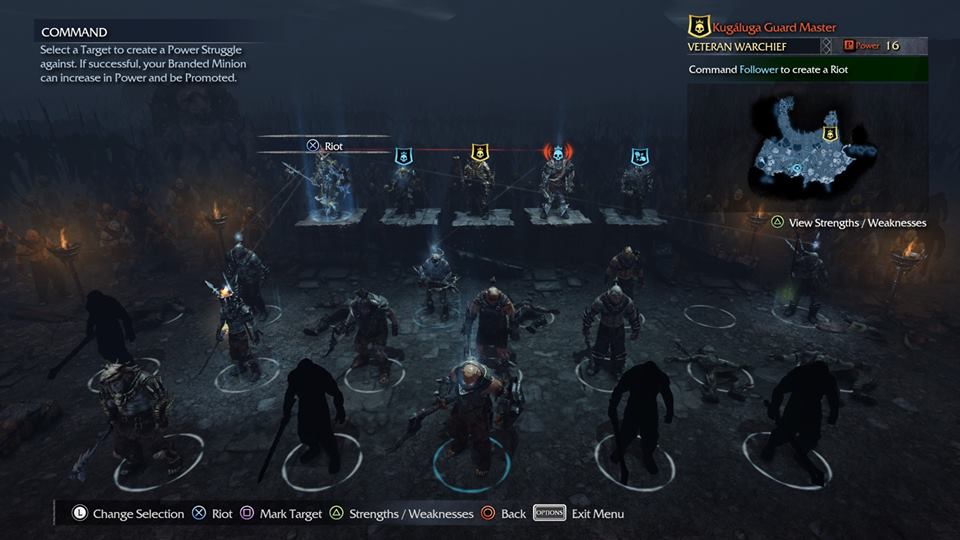 The hierarchy of Sauron’s army is constantly in flux, so if you kill a captain another will eventually be promoted to take his place. However you can also turn the chain of command to your advantage if, say, you eliminate a chief’s bodyguard and leave him with far less protection. Later on you’ll even be able to influence the minds of the Uruks, including the captains and war chiefs, which is practically a whole other game unto itself.

So, should you play Shadow of Mordor? Well, that depends. Do you like open-world games? Do you enjoy feeling ridiculously powerful (as in games like Prototype)? Does the idea of suddenly looking at the clock and realizing you’ve spend the last five hours doing nothing but hunting down Uruk captains, converting them to your cause, helping them maneuver their way to becoming a war chief’s elite bodyguards, then confronting said war chief and turning his elite guard against him sound appealing? Because I sure as heck think it does!