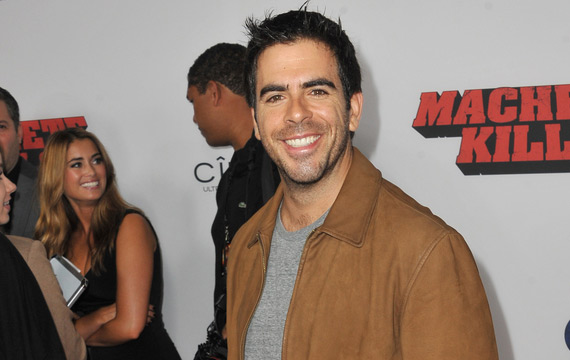 Eli Roth is producing a remake of his own horror film, Cabin Fever.

Armory Films, Cassian Elwes and Contend announced that they are producing a remake of the 2002 hit Cabin Fever with Roth and Travis Zariwny (Intruder) directing. The film is being reshot straight from the first film’s script and stars Gage Golightly (Teen Wolf), Dustin Ingram (Paranormal Activity 3), Samuel Davis (From Dusk Till Dawn), Matthew Daddario (Delivery Man) and Nadine Crocker (Deadgirl).

The original film focused on a group of college students who rent a cabin in the woods to do some partying, then begin to fall victim to a flesh-eating virus before all hell breaks loose.

The film has already begun production this week in Portland, Oregon.

Although we seem to be receiving news about remakes weekly, the fact that this one is being remade by its originator, same script and all, is a little unique.

What do you think of the news? Let us know in the comments below!

'Clerks III' to Begin Production in 2015