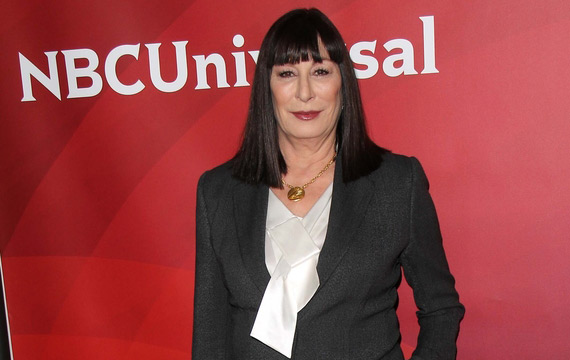 Oscar winning actress Anjelica Huston broke off her relationship with Ryan O’Neal in the late 1970s after he allegedly headbutted her during a fight, according to the actress’ new memoir.

The star details the breakdown of their romance in her upcoming autobiography, Watch Me, claiming the Love Story actor attacked her while they were attending a party in Beverly Hills, California.

In an excerpt of her book, obtained by National Enquirer editors, she alleges O’Neal became angry with her after she failed to immediately return from the bathroom.

She writes, “He turned on me, grabbed me by the hair and hit me in the forehead with the top of his skull… I saw stars and reeled back. Half blind, I ran away from him.”

Huston claims she locked herself in the bathroom to allow O’Neal time to calm down, but when she agreed to open the door, he reportedly struck her again.

She adds, “Ryan was batting me about the head with an open hand. Then, abruptly, he left.”

Huston admits the alleged incident sent her running back into the arms of her ex, Jack Nicholson, but the on/off couple split again after the renowned womanizer was caught sleeping with a former lover.

When Huston confronted him about the affair, he is said to have told her, “Oh Toots, it was just a mercy f**k.”

Watch Me is due for release next month.