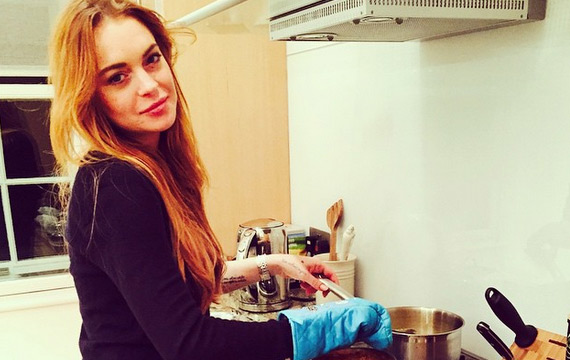 Lindsay Lohan is facing a $60 million lawsuit from a website developer who has accused the actress of stealing his idea for a closet-snooping initiative.

Fima Potik claims the star and her brother, Michael Lohan, Jr., agreed to work with him on Spotted Friend, a website which would allow users to look inside a celebrity’s closet, and then stole the idea and launched a digital app called Vigme with another company.

Potik is alleging he received a text message from Michael demanding a larger share of the company, before he went to a rival developer.

He is now asking a New York judge to shut Vigme down and is seeking $60 million in damages.

The lawsuit, obtained by TMZ, comes a day after Lohan pulled out of performances of her London play Speed-the-Plow after falling ill.

This is the first bit of trouble we’ve heard out of Lindsay’s side of things in a while, as she’s been trying to get herself back on track starting with her run in Speed-the-Plow. We hope this is a minor bump along the way that she can get settled and remain on track.