Matt Bomer was announced a few months ago as a guest star on American Horror Story: Freak Show, but we now have our first look at his mysterious character, thanks to Out Magazine.

Matt, looking hot as usual, is seen donning a leather jacket, some jeans and a striped shirt with a perfectly-coiffed 1950s pompadour, and is standing in what appears to be Twisty’s former home (which Dandy will presumably claim next episode).

Not much is know about Bomer’s role yet, but Ryan Murphy told The Hollywood Reporter that there’s a “really f—ed up” scene between Bomer and Chiklis coming that “maybe one of the most disturbing things we’ve ever done and a true horror scene.”

Bomer’s character will also share some screen time with Finn Wittrock’s Dandy Mott, according to Out, but now that Dandy is rocking the Twisty mask (which we still can’t beliebe he didn’t properly sterlize before using), we have to admit we’re very concerned for Matt’s fate. Poor guy interacts with the two most unpleasant characters on the show!

Luckily we won’t have to wait too long to meet Bomer’s character, as he’s scheduled to appear in next week’s episode.

Let us know your thoughts and theories about Matt’s character in the comments below! 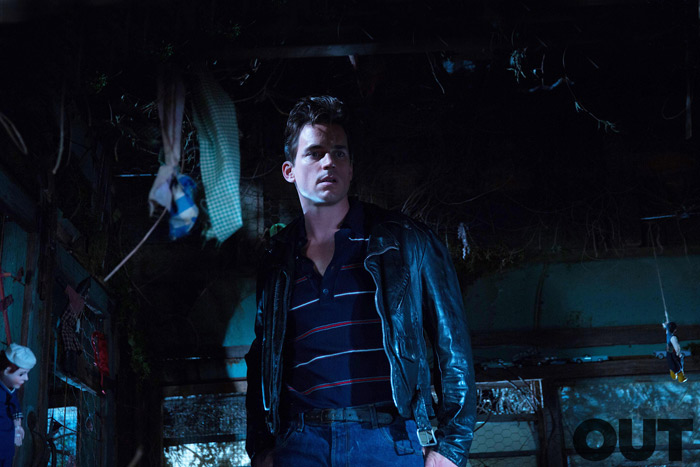