Idris Elba has let slip that he and Tom Hiddleston will be reprising their Thor roles in the highly-anticipated Avengers: Age of Ultron.

Elba, who played Heimdall in the franchise, and Hiddleston, who portrayed supervillain Loki, are heading back to the Marvel Cinematic Universe.

In an interview with the U.K.’s Seven magazine, Elba admitted he will be making an appearance in the Avengers sequel, saying, “I’m in Avengers. And I’m doing a scene with Chris Hemsworth and Tom Hiddleston…”

Avengers: Age of Ultron is set to hit cinemas in May 2015

The kind folks over at IGN were awesome enough to make a graph detailing all the upcoming Marvel and DC superhero films that will be headed our way over the next six years. You can view it below because it’s never too soon to start mapping-out your movie viewing plans or researching the heroes behind the films: 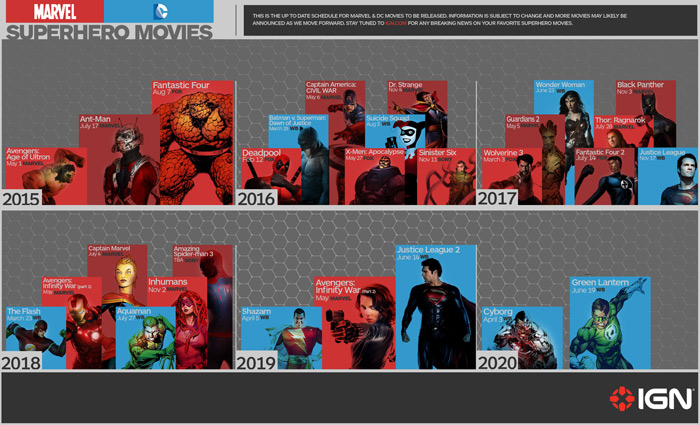