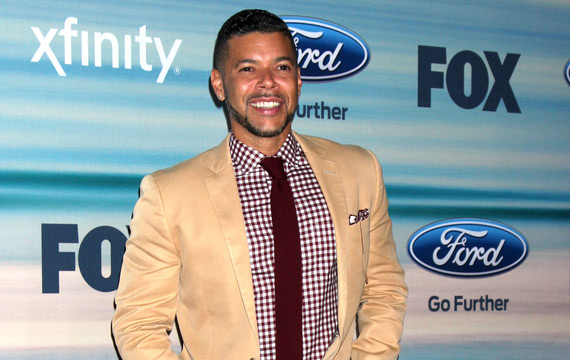 FanBolt recently had the chance to visit the set of Fox’s Red Band Society and chat with one of our favorite actors – Wilson Cruz (who plays Kenji Gomez-Rejon on the series)! We saw Cruz earlier this year at ATX, but this time around we quizzed him about what’s coming up for Kenji on the series, his opinion on filming in Atlanta and what special message he had for Red Band Society fans!

The question we wanted to know most of all – Will we get to see more of Kenji’s backstory in the upcoming episodes?

“I believe so. It hasn’t happened yet.” Cruz answered. “I think we’re establishing the relationships between him and Nurse Jackson, Brittany and the patients. But when we get a second season, we’re going to see a lot more of him. It’s ripe for the picking.”

Red Band Society films just south of Atlanta, so we also had to ask Wilson how he liked filming in the city. And while we tried to convince him to let us take him to the Clermont Lounge (Invitation still stands Wilson!), he told us that he is really enjoying what Atlanta has to offer – including Piedmont Park. 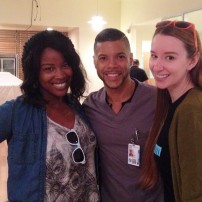 “I spend a lot of time exploring, meeting friends. And the food here is crazy, I’m trying not to eat all of it.” Cruz joked.

Wilson also had a closing message for all the Red Band Society fans!

I think like ‘My So-Called Life,’ the life of this show has been dependent on the eagerness of the audience to really stay with us. I can’t say how grateful we are. We are truly grateful to everyone that has stuck with us, put the word out and tweeted about the show. We’re still here, because you guys have been so consistent. We’re really, really grateful, and we’re going to reward you with even better episodes we go along – so thank you! – Wilson Cruz

Check out our full interview with Wilson Cruz below!

Be sure to catch the return of Red Band Society tonight at 9pm EST!