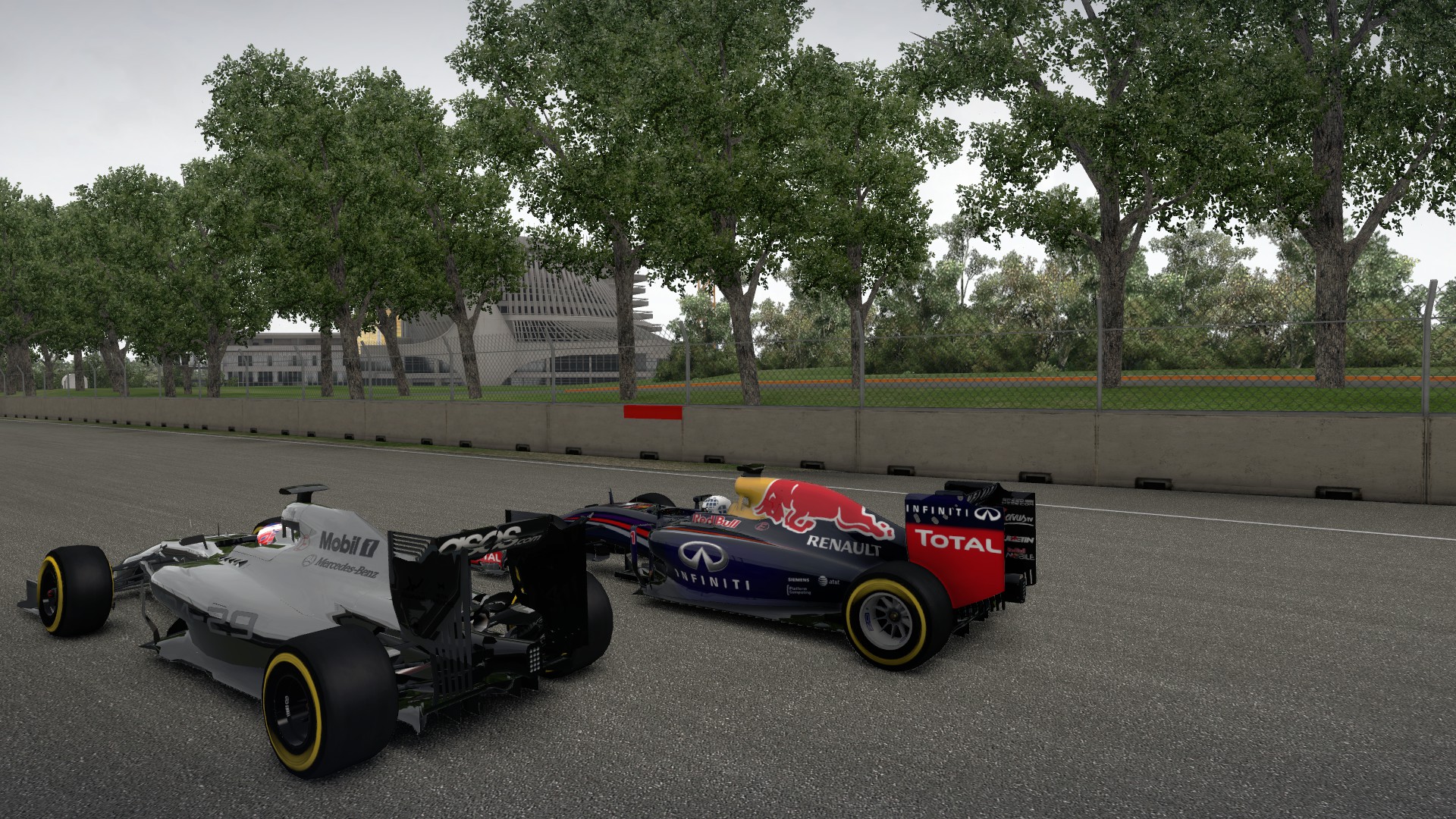 It’s time to get back out on the track as Codemasters released the latest installation of its Formula 1 racing series. F1 2014 is the latest title for another exciting season, and for whatever reason it captures my attention in a way that previous versions of the game haven’t been able to do.

It might be that I’m becoming more familiar with the series having reviewed it the last two years. It could also be that I’m getting far more into the game and style of racing. For no rhyme or reason this is the first year that I’ve fully appreciated the career mode and have enjoyed participating in qualifying runs.

I don’t mind a long season or an extensive race, but it’s nice to have the option to change the length to a shorter amount of races. This is one of the new features in this year’s career mode as players can select a 7 or 12 race season rather than a full term. I think hardcore fans may not care so much about this option, but the more casual crowd like myself can certainly find it appealing. It also makes the vigorously long-lasting races feel not so long after all. 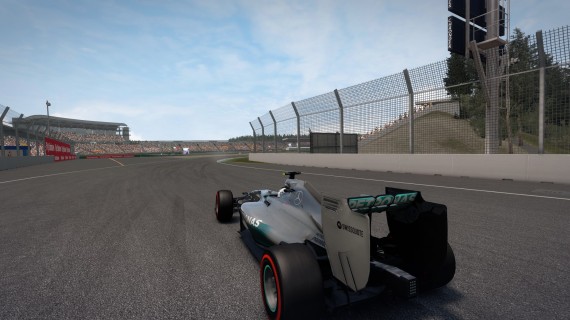 I normally get tired if a race lasts anything over 10 minutes. But so far it’s been great fun this year entertaining a 14 or more lap race that takes well over 20 minutes in time. This has more to do with a personal experience with this year’s game rather having something to do with the game itself. But a long 20 minute race doesn’t feel as tiresome when knowing that I only have a few more races to go before the end of the season.

I’ve also found myself to be much more patient with the qualifying rounds this year compared to previous years. Usually I would quickly blast through them or not care much about what time I got after the first lap. Now I feel the intrigue of the entire qualifying process. Qualifying is of course great for learning the course and grasping a feel of the vehicle, but it became even more thrilling when I finally became comfortable enough to push the vehicle to the limits to try and grab any potential time advantage.

Again, my experience I’m having this year with F1 2014 isn’t really the game’s doing. It’s more about my passion growing for the game and the sport itself. I’ve always liked racing games, and the F1 series is definitely a favorite as it’s just as exciting and tense as any other racing game out there.

Speaking of tense, I’ve also felt the pressure far more in some of my early races than I have ever before. It’s been quite nerve-racking to watch a driver come screaming up from behind to put pressure on me. It has been totally affecting my driving skills where I begin to barrel into turns with too much speed. My last race was a perfect example of my struggles, however I did maintain my lead. Check out the race videos below. 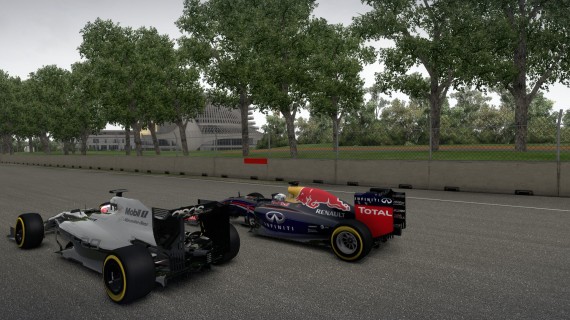 As for F1 2014 itself – does it really feel any different from 2013? Not so much. There are changes, yes, but it still feels like a very familiar experience with the same before and after race animations. I look forward to the revamped “next-gen” experience that Codemasters is currently working on for 2015. I’m really hopeful that it takes this same exciting gameplay and surrounds it with a grand and vibrant new atmosphere.

F1 2014 does feature new circuits to experience, the new Electronic Recovery System (ERS) which creates more opportunity for overtaking opponents in tight situations, the refined career mode that I had mentioned above, and an expanded scenario mode featuring situations based on actual moments from Formula 1 racing. Scenario mode is always good for quick challenges where players can earn a top score to challenge on the leaderboards.

F1 2014 is another Formula 1 racing experience that can be anticipated by fans of the series. It may not feel too different from previous entries but it definitely helps players engage into an exciting new season of racing. It has helped bring my experience to an entirely new level as previously I was just a casual follower of the F1 racing series. I’m now far more of a fan who has become almost completely captivated by the sport.

Now it’s time to maintain my lead and prepare for my next race in career mode!

Will Ferrell and Mark Wahlberg Team Back Up for 'Daddy's Home'