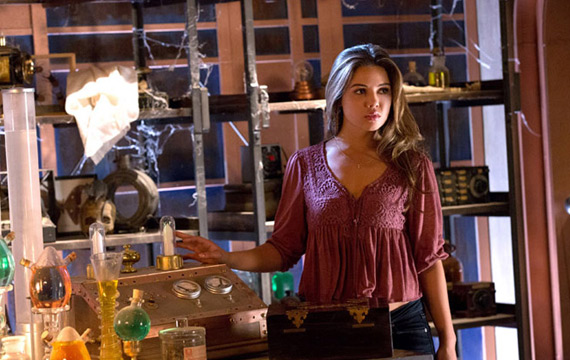 A new episode of The Originals airs Monday and the action heats up as Hayley and co. decide to go after everything Esther loves.

Last week, we got flashbacks of a young Esther and found out that she had a sister named Dahlia whom she made a deal with that in order to have children, which required her to sacrifice the firstborn of each generation of her bloodline. It turns out that was the reason she gave up Freya and also the reason that Mikael became the cruel and distant guy we know him as today. The information bombshells continued to drop when we learned that Ansel is Klaus’ biological father.

Keep scrolling to see what’s in store for next week’s new episode:

When Klaus (Joseph Morgan) discovers that Elijah (Daniel Gillies) has been afflicted by Esther’s (Sonja Sohn) magic, he heads to the bayou in search of an antidote, but quickly realizes he’s not alone. Armed with intel gathered by Aiden (guest star Colin Woodell), Hayley (Phoebe Tonkin) teams up with him, Marcel (Charles Michael Davis), Cami (Leah Pipes) and Josh (guest star Steven Kruger) and launches a plan to take down Vincent (guest star Yusuf Gatewood) by exploiting his one weakness. Meanwhile, with Esther determined to carry out her plan, Vincent and Kaleb (guest star Daniel Sharman) are forced to reconsider their own strategies. Intrigued by Davina’s (Danielle Campbell) unwavering attempts to create an unlinking spell, Kaleb lets her in on some secrets from his past and brings her to a place he frequented in 1914.

An all-new episode of The Originals airs Nov. 17 at 8pm ET on The CW.