Netflix has released its key art for the highly anticipated original series Marco Polo and made us realize that explorers can be hot too.

The new original series stars newcomer Lorenzo Richelmy and is based on the famed explorer’s adventures in Kublai Khan’s court in 13th century China.

Marco Polo created by John Fusco, writer of the Academy-Award nominated feature Spirit: Stallion of the Cimarron, and will serve as executive producer and showrunner with Dan Minahan( Homeland, Game of Thrones). The first season will premiere with 10 episodes, which were shot in beautiful locations including Italy, Kazakhstan and Malaysia.

You can view the new series’ poster below: 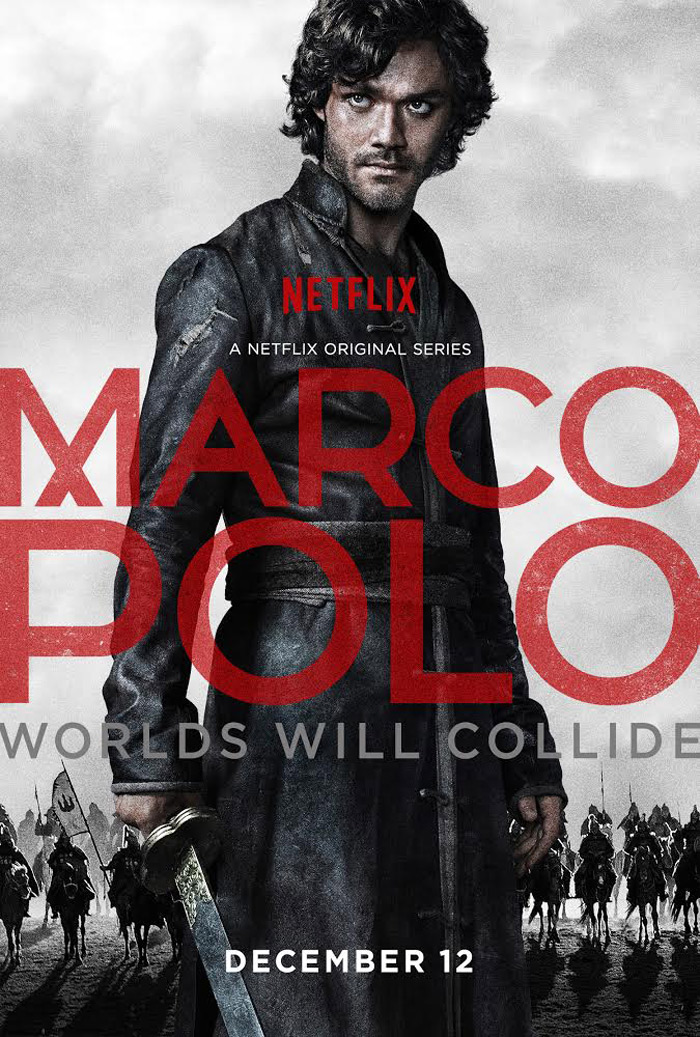 Marco Polo premieres on Friday, December 12, 2014 at 12:01am PT in all regions where Netflix is available.