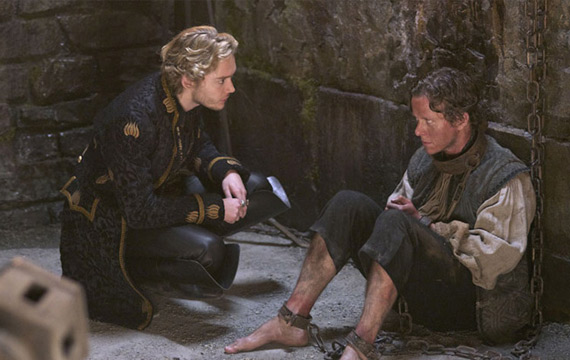 A new episode of Reign airs tonight on The CW and we’ve got all the details in one convenient place for you!

During last week’s episode, Narcisse demanded that Francis sign an edict that would force everyone in France to openly declare their faith, of which Francis is initially against. However, through a series of events throughout the episode including Francis turning to Lola for help, Narcisse’s upfront honesty with Lola and Mary turning to Louis for help ,King Francis ends up signing the edict anyway and telling Mary if she doesn’t like it, she can go back to Scotland. Ouch.

Keep reading to find out what’s coming up for Mary and Francis in the tonight’s episode of Reign.

Tensions escalate between Mary (Adelaide Kane) and Francis (Toby Regbo) when Vatican inquisitors perform barbaric acts on anyone suspected of being a Protestant. After a brave proclamation, Lord Condé (Sean Teale) is abducted, resulting in a precarious situation with a surprising group of assailants. Catherine (Megan Follows) experiences an annoying setback when she plays matchmaker on behalf of a reluctant Claude (Rose Williams), while Narcisse (Craig Parker) offers a stranded Lola (Anna Popplewell) an innocent horse ride back to the castle, where a dark secret involving Francis is revealed. Torrance Coombs, Caitlin Stasey, Celina Sinden and Jonathan Keltz also star. Charles Binamé directed the episode written by Adele Lim and Melody Fox (#208).

Be sure to catch this all new episode of Reign when it airs tonight at 9pm ET on The CW!

Company of Heroes 2: Ardennes Assault – Roaming Through a Few Missions