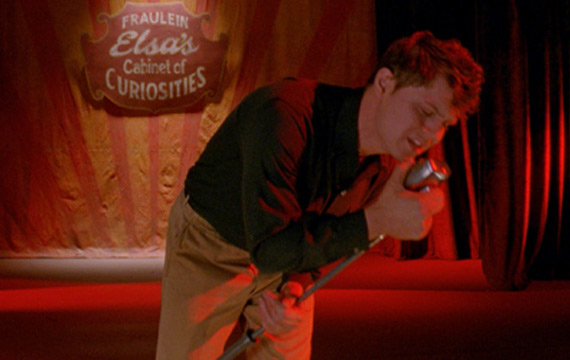 American Horror Story‘s resident cutie Evan Peters is the latest star on the show who’s been enlisted to show off his singing chops and we don’t have to wait long fans…the scene is in tonight’s episode!

We’ve already witnessed two spectacular covers from Jessica Lange and one from Sarah Paulson’s Bette and Dot as well, and it seems as if Peters’ Jimmy the Lobster Boy will have his turn at the mic tonight.

In an interview about the new season, American Horror Story creator Ryan Murphy explained to Entertainment Weekly,”…we decided we only were going to highlight musical artists who at some point in their career had identified themselves as feeling like freaks or misfits or outcasts, which our people are going through. That’s why we do David Bowie, Fiona Apple, Lana Del Rey, Kurt Cobain. We do people who sort of have the same feelings as our characters do.”

You can view the first photo released of Evan’s performance, as well as some (unconfirmed) leaked audio featuring the star singing below! 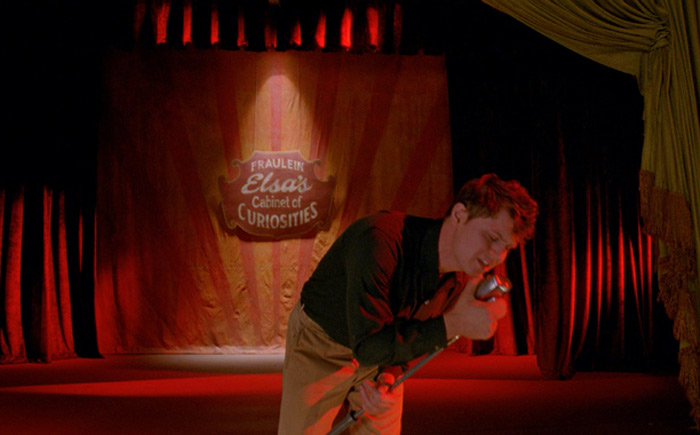 You can live-tweet with me (@TheJasmineAlyce) during the newest episode of  American Horror Story: Freak Show tonight at 10pm ET , only on FX!

Merrin Dungey Joins 'Once Upon a Time' as Ursula