Is an ‘All in the Family’ Reboot Headed Our Way? 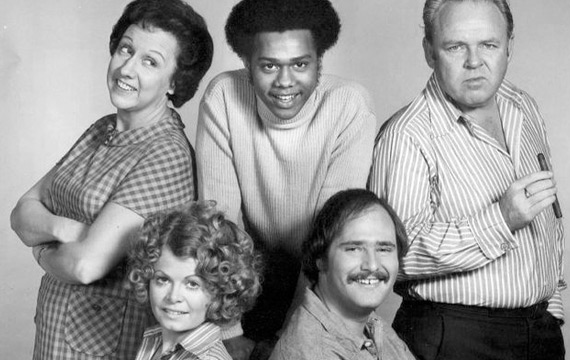 Veteran TV writer and producer Norman Lear is in talks to revamp his classic sitcom All in the Family.

The 92-year-old broke ground with the 1970s show about working class bigot Archie Bunker and his family, tackling issues such as homosexuality, women’s rights and racism at a time when such topics were considered too controversial for TV audiences.

Lear admits he has concerns about how much censorship a modern-day Bunker, previously played by late actor Carroll O’Connor, would face from TV executives, but he is willing to try with a new incarnation of the character.

He tells MSNBC, “I think the character would survive on a TV show today (but) I’m told by showrunners that a lot of the subjects we touched, we can’t touch today.

“Let me put it this way: we’re gonna try again… We’re talking about doing something about All in the Family 2015. (An) entirely different family, but… (similar characters), 2015 versions, a modern version.”

Lear is also known for producing other hit 1970s shows, including Sanford and Son and other All in the Family spin-offs Maude, Good Times and The Jeffersons, which starred the late Sherman Hemsley.

Visit NBCNews.com for breaking news, world news, and news about the economy