Prior to checking out the BenQ XL2430T, I was actually using the Sony PlayStation monitor. I always found it to be a sharp looking monitor, so to me it was doing the job just fine. It wasn’t until recent that I became more interested in the increased refresh rate, especially since I’m big on first-person shooters. So the XL2430T’s 144Hz refresh rate became a big interest of mine.

The XL2430T’s refresh rate was the first feature I wanted to look at when testing the monitor. However, it wasn’t the first feature I noticed. I decided to play GRID Autosport before a first-person shooter because it was the last game I played on my previous monitor. I figured that would be the easiest game of choice to help me notice differences in terms of screen quality. And guess what? It certainly did.

Never had I noticed the entire courses looking so vibrant on my previous monitor. This could be because of settings but also because of the reduced blur or smearing effects that can be seen in other monitors. The picture while racing stayed smooth the entire time and simply helped the image on the screen remain crystal clear and beautiful. The monitor does feature 20 levels of color vibrancy for gamers to adjust to their liking, so that also played a part in it.

I did have a few issues though when it came to GRID Autosport, and thankfully that’s the only game I noticed this specific issue with. I saw a lot of ghosting effects, and lighting effects in the sky would randomly dim and lighten often with movement. That was pretty problematic as the issue didn’t occur on my other monitor, but I couldn’t discover the cause for it after changing numerous settings.

Another issue developed as I started playing Ghost Recon Phantoms. I had a lot of screen tearing with the increased refresh rate and there was no way of fixing that. However, both of these issues can’t be entirely blamed on the monitor as most other games I’ve played on it ran brilliantly.

Battlefield 4 gave me my first perfect look at the monitor’s 144Hz refresh rate. I had no screen tearing or lag, just silky smooth movements that had nearly zero negative effect on the picture quality. I’m very twitchy when it comes to playing my first-person shooters, so I could easy tell right away that it provide the experience with a slicker image. Having the clearer image is definitely an advantage for me over using my previous monitor because it makes it easy to precise detail enemies when stumbling across them. Gaming is in the details, right BenQ? I see what they mean.

The details are also important for those who love competitive gaming. The faster refresh rate can give the slightest of advantages to those who have it. The monitor also features a black equalizer which allows gamers to adjust a setting that lightens up the darkest of spots on every map. No longer can someone hide well in the darkness. This monitor with the use of the black equalizer brightens things up.

Another feature of the monitor is low blue light which makes viewing the screen easier on the eyes. This is something that’s very important to me as I spend a great deal of time starring at a monitor. On the BenQ website it mentions that those “yellow glasses” are no longer necessary with this feature enabled. That means the monitor should help protect against eye damage, eyestrain, headaches, and sleep disorders. Eye protection is a good thing!

The monitor comes with a few off-screen features as well that are rather nice for gamers. First of all and most importantly is a remote control that allows users to change settings quick and rather easily without having to figure out which buttons do what on the monitor. Instead there’s an easy to use controller that has preset buttons and a scroll to easy browse and change options in while in the middle of a game.

The monitor’s height and angle is also easily adjustable so anyone can find their perfect viewing angle. I play a lot of shmups (shoot ‘em ups) as well and being able to easily turn the monitor sideways for a top down shooter is very ideal. Lastly, for those of us who need a place to hang our headphones when we’re done, the XL2430T has hook on the left side of the monitor where users can easy set their headphones until their next gaming session. It’s quite nifty! 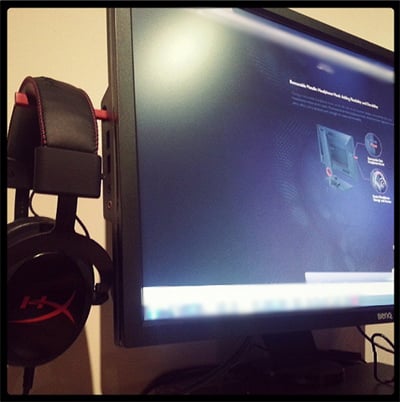 After having used the BenQ XL2430T monitor for the last month I can say that it’s definitely grown on me. I wasn’t a big fan at first as it took me some time to discover the proper settings to fit my liking. It also had the issues when running both GRID Autosport and Ghost Recon Phantoms. However, since playing those games, it’s been an absolute pleasure to play on. Games like Call of Duty, Battlefield, Lords of the Fallen, and many more look absolutely fantastic on this screen and makes them feel even quicker. It’s actually so smooth that it almost feels like the game is faster.

I’m a definite believer in the BenQ XL2430T and can’t wait to continue gaming on this monitor. I also look forward to future BenQ releases as they’ll definitely keep focus on the details of competitive gaming. 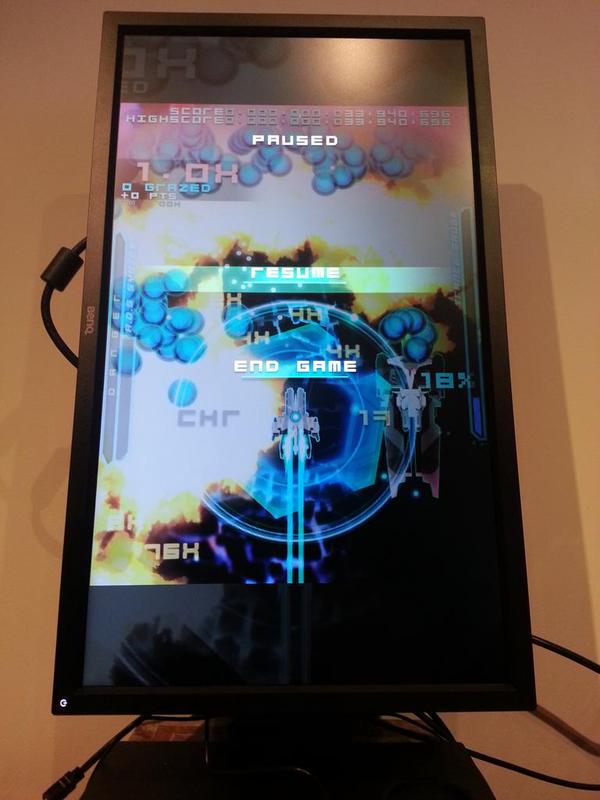