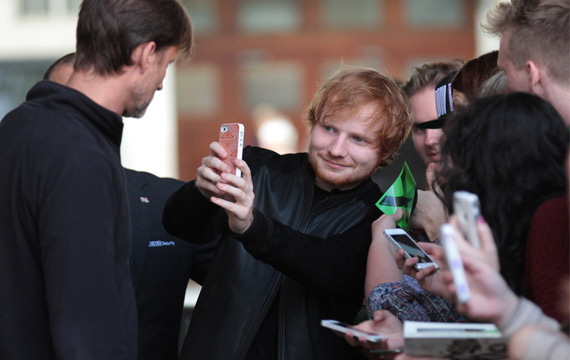 British pop star Ed Sheeran has been hailed as the world’s most streamed artist of 2014 by Spotify.

According to data taken from 50 million users of the online music service, Sheeran is officially the year’s most streamed performer worldwide, seeing off competition from rapper Eminem, who came in second place, and Coldplay in third.

Sheeran also holds the title of the most streamed album for X, which was released in June.

He says of the news, “It’s a great thing to be above so many amazing artists who I’d assume would be streamed more than me!”

Other stars leading Spotify’s Year in Music polls include Katy Perry, who takes the crown for the world’s most streamed female, Pharell Williams’ single “Happy” is the most streamed track, Coldplay is the most listened to group and Hozier’s “Take me to Church” is the most viral track of the year.