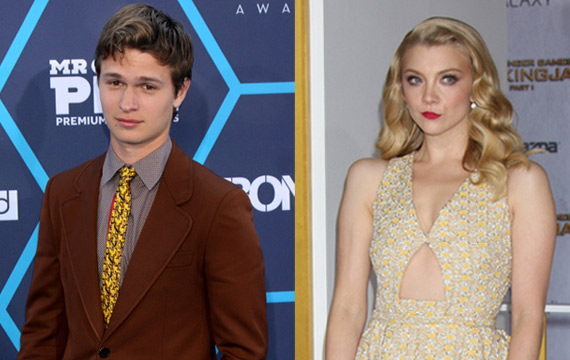 Ansel Elgort and Natalie Dormer landed acting prizes at the 2014 New Now Next Awards on Tuesday.

The Fault in Our Stars actor saw off competition from Miles Teller, Dylan O’Brien and Chris Pratt to be named Best New Lead Film Actor at the ceremony, while Game of Thrones actress Dormer won the female prize for her role in The Hunger Games: Mockingjay – Part I.

The movie Dear White People was named Best Motion Picture By a New Filmmaker while Gone Girl author Gillian Flynn picked up the Best New Screenwriter prize for adapting her novel for the big screen.

In theater, there were prizes for Hedwig and the Angry Inch, The Curious Incident of the Dog in the Night-Time and actress Sophie Okonedo, who won a trophy for her role in the play A Raisin in The Sun.

The ceremony, hosted by Glee‘s Darren Criss, will air ion on Sunday Dec. 7 on Logo TV.

You can read the full list of winners below: