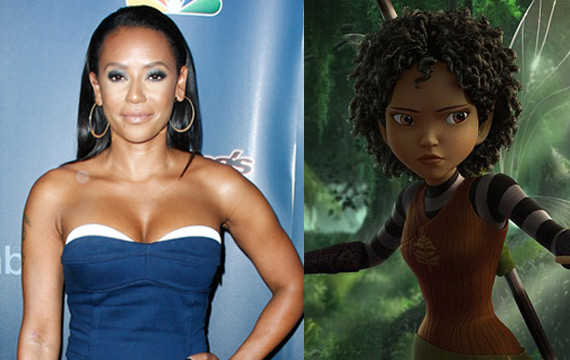 British pop star-turned-talent show judge Melanie Brown has been transformed into an animated fairy after lending her voice to new Disney film Tinker Bell and the Legend of the Neverbeast.

Brown, aka Scary Spice, says, “Fury kind of suits me. She does have attitude… It’s like a little mini me!”

The singer goes on to reveal the job is a dream come true for both her and her daughters, who inspired her to take on the role.

She continues, “I’ve got four girls and they love Tinker Bell. They have lots of dress ups… I’m a huge Disney fan…

“I’ve had an absolute ball. I’ve thoroughly enjoyed my experience.”

Relax Everyone, Burt Reynolds Is Not Broke