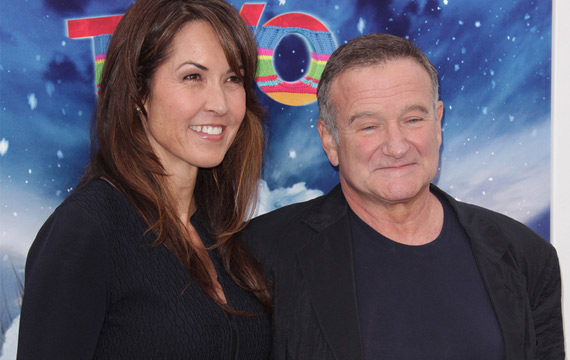 Robin Williams’ widow will honor the late comedian/actor at the New York premiere of one of his final films on Thursday.

Susan Schneider has agreed to attend the Night at the Museum 3 screening after director Shawn Levy personally invited her.

He tells USA Today, “She is coming to honor her husband, that is what she told me. She knows it will be emotional, she knows it will not be easy. But she knows it’s an amazing performance in a franchise that Robin Williams loved.

“I called to connect with her. We don’t know each other that well, but I feel connected to her. I cannot begin to fathom what she has endured… She knows the final act (of the film) has some bittersweet stuff, but she wanted to be there and celebrate it for Robin.”

Williams had just wrapped the movie when he took his life in August.

The premiere will mark Schneider’s first major public appearance since the actor’s death.

She will join Williams’ co-stars Ben Stiller, Owen Wilson and Rick Gervais, among the celebrities at the Ziegfeld Theater for the premiere.

Stephen Hawking Attended 'The Theory of Everything' Premiere