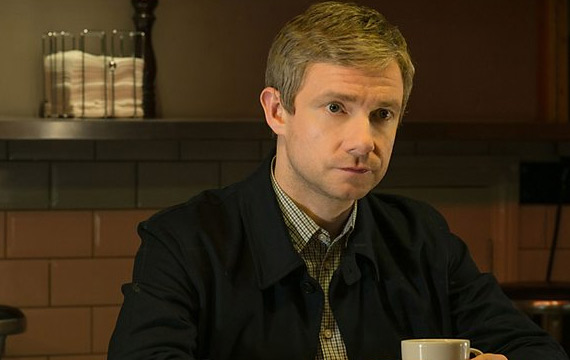 Martin Freeman was reluctant to take the role of Dr. Watson in Sherlock as he thought a modern adaptation of the Arthur Conan Doyle books could be “risky”.

The Hobbit star revealed that when he met with bosses of the hit show he was stressed out and left the impression that he did not want the role.

Despite initial hesitation, Freeman admits he was convinced to accept the part once he read lines with his co-star Benedict Cumberbatch and realised their “rhythms were naturally suited”.

He tells Britain’s Woman Magazine, “Originally I thought it was very risky to try to update Sherlock Holmes. The problem was that the day I met people who were doing it I was stressed and left the impression that I wasn’t that anxious to do it. I read some scenes with Benedict and that’s when I saw that our rhythms were naturally suited to each other. I wouldn’t have done it if I hadn’t felt we were doing something unique.”

A one-off special episode of the hit series will air in the U.K. next year.

Mila Kunis Opens Up About Life with Daughter Wyatt