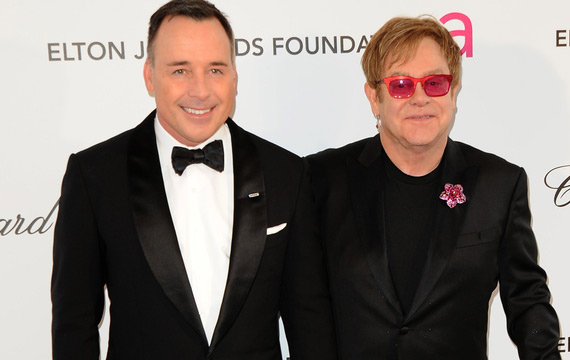 Sir Elton John is reportedly set to marry David Furnish after more than 18 years as a couple.

The hitmaker and Furnish are said to have invited 50 of their close friends and family to their home in Windsor, England to watch them exchange vows and become husbands on December 21.

According to editors at Britain’s Daily Mirror newspaper, the couple is keen for sons Zachary, three, and Elijah, one, to be ring bearers at the nuptials.

A friend of the couple tells the publication, “Elton and David have been planning this for months. Elton is flamboyant but, for once, this will be a decidedly low-key affair. Only close friends and family are invited – it’s going to be a small, intimate do… It’s important to David and Elton the boys play a special part.”

Guests are said to include David and Victoria Beckham, Ozzy Osbourne and his wife Sharon, and actress Elizabeth Hurley.

The move comes after legislation was passed in Britain on Wednesday to allow couples to convert their civil partnerships into marriages. John and Furnish entered into a civil partnership in 2005.