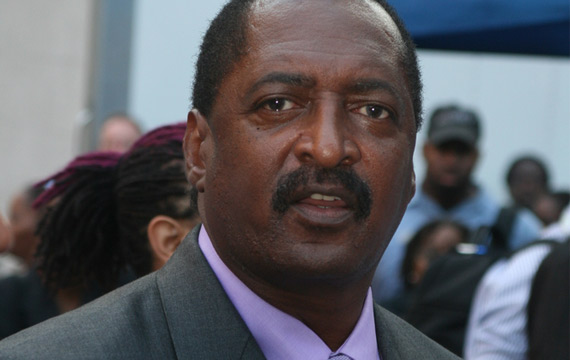 Knowles began managing the girl group in the early 1990s when they changed the line-up and renamed themselves Destiny’s Child. He resigned from his day job in 1995 to look after them full-time and later managed Beyonce’s solo career.

He approached Clint Culpepper from production company Screen Gems, a subsidiary of Sony Pictures, with the idea for a biopic of the group, which would cover their early beginnings as Girl’s Tyme, the subsequent line-up changes, solo side projects, and their split in 2006.

An email sent from Culpepper to Sony executives in December last year reads, “He’s going to Universal next… Do we think it would be a successful film? They’re on Sony label. I’m just not sure that it’s not too soon.”

According to The Hollywood Reporter, the bosses were excited about the project, but so far nothing has come of their discussion.

The emails were leaked by hacker group Guardians of the Peace, who infiltrated the movie giant’s database last month. Emails sent to chairman Amy Pascal also revealed the team representing Kanye West informed her the rapper had a “major film project coming up that involves both cinematic and technological innovation”.

Kim Kardashian Totally Cropped Her Daughter's Face Out of a Picture