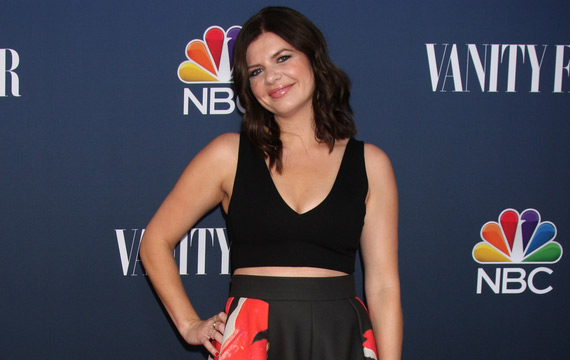 Casey Wilson has confirmed she is expecting her first child with husband David Caspe.

The Gone Girl star hit headlines last month when editors at Us Weekly magazine reported the couple was set to welcome a baby and now Wilson has opened up about the pregnancy story.

She tells People.com, “I’m trying to collect as many pearls of advice as I can. I’ve been feeling so sick… I’m an overachiever and I was getting down on myself for feeling so tired and sick.”

She also told the mag that when she’s on the set of her current series Marry Me how she handles cravings on set, “I will sometimes be known to see what’s going on in the props department by way of food. They sometimes have gum balls … [or] popcorn, and I use it basically as my own personal craft service.’

Wilson and her TV writer and producer husband met on the set of TV series Happy Endings in 2011 and married in California in May.

She currently stars in U.S. TV comedy Marry Me, which Caspe created.