Heavy rockers AC/DC will join Drake and Jack White as the headliners of the 2015 Coachella music festival in California.

The Highway to Hell hitmakers will head up the first nights of the festivities on the double weekend event, while White will entertain fans on the second nights and rapper Drake will close out Coachella on both Sundays in mid-April.

The Coachella gigs are the first U.S. shows of the year for AC/DC, who will be performing without founding member Malcolm Young after he stepped down from the line-up to concentrate on his battle with dementia last year.

His nephew, Stevie Young, has taken his place in the group, while drummer Phil Rudd’s involvement is currently unconfirmed as he fights allegations of drug possession and murder threats in New Zealand. He was arrested in November amid claims he attempted to order hits on two as-yet-unidentified men. The murder plot charge was subsequently dropped by police.

You can read the full lineup below: 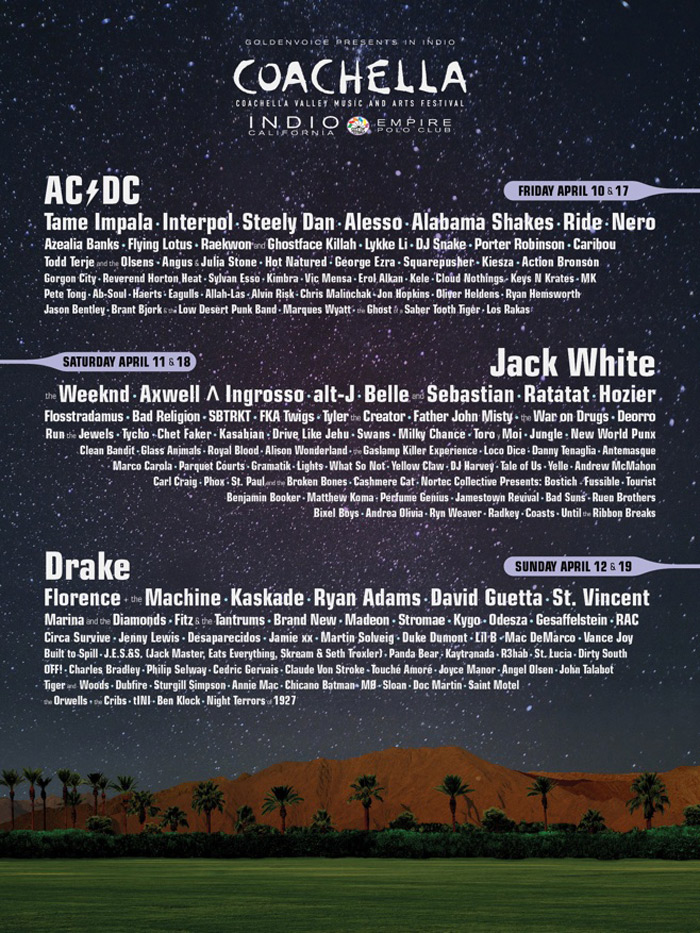