I recently visited Albuquerque on a set visit for USA Network’s upcoming series The Dig. After a day of interviews, myself and two other journalists had one thing on our minds for the evening… Visiting Breaking Bad filming hot spots!

We lucked out in our quest when we came across ABQ Trolley Company’s Breaking Bad Tour. They didn’t have any tours running that night, but one of the co-owners, Jesse Herron, agreed to give us a mini tour. So the 3 of us piled into the van and began an evening of geeking out. Fans of the series have come from all over the world to go on this tour, so we counted ourselves extremely lucky to be able to share in the magic!

Herron and his partner, Mike Silva, started offering The Bad Tour on Sunday, July 15, 2012. That was the day that the series came back on the air for Season 5. Since that date they’ve ran the tour 74 times, selling out every single tour! That makes it 2,516 Breaking Bad fans that have geeked out with them! 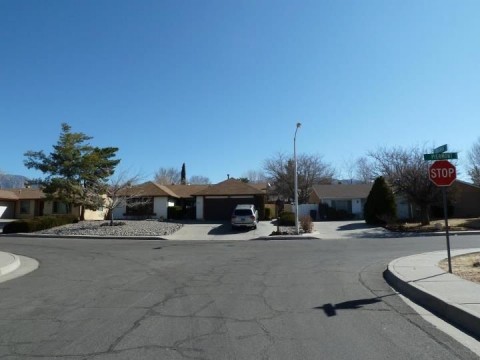 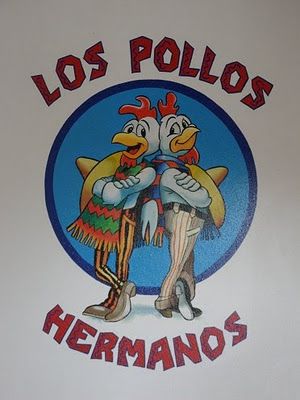 What’s the fan favorite spot? “Los Pollos Hermanos is pretty big. We’ve taken thousands of pictures of fans in front of the chicken brothers mural. Jesse’s house is always popular, so is the car wash and of course Walt’s house causes the biggest geek out!” Herron told us.

While we didn’t get a chance to go to Los Pollos Hermanos on our impromptu tour, we did get a chance to go to a number of the locations and hear amazing stories about the sets, filming and even Bryan Cranston and Aaron Paul along the way. Herron had been a former location scout for the series, so he was full of fun facts and tales from production.

One such fun story we heard was from one of the wrap parties where Aaron Paul and Bryan Cranston came in costume as one another. Herron had nothing but the kindest things to say about both actors and having met Aaron last year and briefly encountered Bryan Cranston a few weeks after – I can say that they are indeed two of the nicest guys you’ll ever meet. Hearing these stories actually makes the experience of being a fan of Breaking Bad that much cooler. Seeing the different locations and snapping pictures in front of the many sets, not only brought a smile to our faces, but it also gave us the chance to relive one of our favorite shows.

Tours normally take place during the day, so your pictures will be a bit better than mine. But I will say driving around at night was a pretty magical way to see Route 66 all lit up with its neon signs!

A huge thank you to ABQ Trolley Company and Jesse Herron for going out of the way to take us 3 uber fans around last month! It was a wonderful experience!

At the A1A Car Wash from #BreakingBad! Thank you #ABQTrolley!