If you were watching the premiere of Marvel’s Agent Peggy Carter then you probably already saw the first “human-sized” trailer for Atlanta-filmed Ant-Man but if not, you’re in luck. We’ve got it right here for you along with the first glimpse of the full Ant-Man costume.

Ant-Man follows the story of thief Scott Lang (Paul Rudd), who must aid his mentor Dr. Hank Pym (Michael Douglas) in safeguarding the mystery of the Ant-Man technology (which allows its user to decrease in size but increase in strength) from various threats and plot a heist that will save the Earth. Ant-Man releases in theaters July 17th of this year.

The trailer was released on the heels of the “ant-sized” version that made its debut last week. Since then Marvel has also released the film’s equally tiny movie poster, which you can (try very hard to) see below: 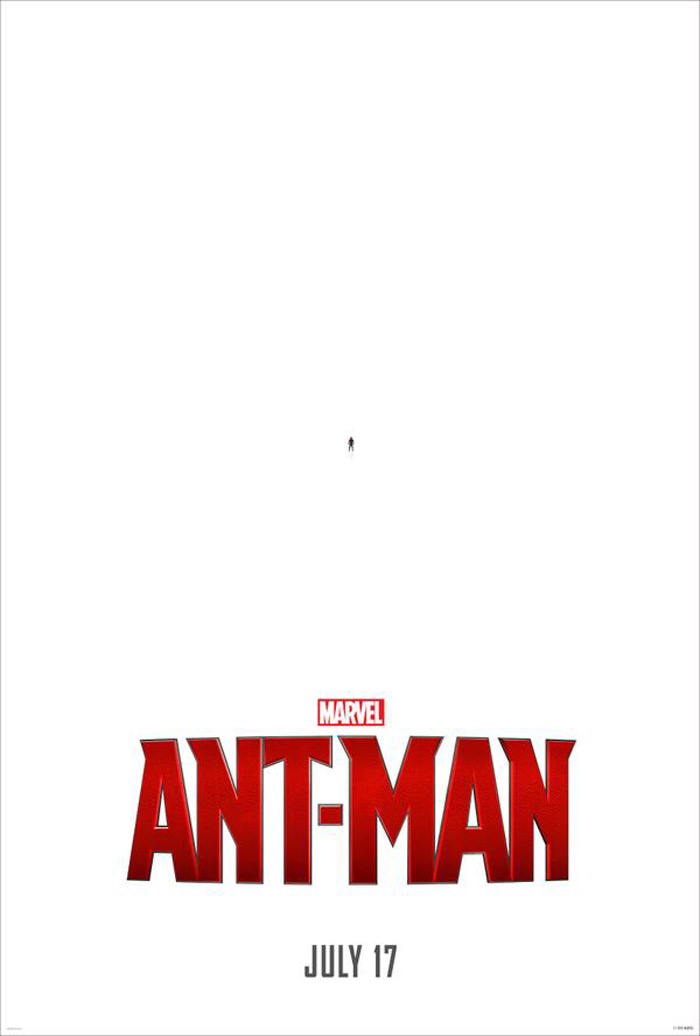 What are your thoughts on the trailer and poster? Are you excited Shout out and let us know!