Kerry Washington has been chosen as the honorary chair for the 2015 Film Independent Spirit Awards.

Members of the Film Independent organization have handed the Scandal star the position, which is given to someone who “exemplifies outstanding artistic achievement and embodies Film Independent’s mission to nurture and support creative independence in visual storytelling.”

The 30th Independent Spirit Awards will be held in Los Angeles on February 21, the day before the Academy Awards.

Also, in case you missed it, Kerry and Selena Gomez had a pretty awesome geek out moment earlier, with Kerry admitting that “The Heart Wants What It Wants” is her jam and Selena declaring her ‘Gladiator’ (a term used for/by Scandal fans) status. You can check out the adorable exchange below: 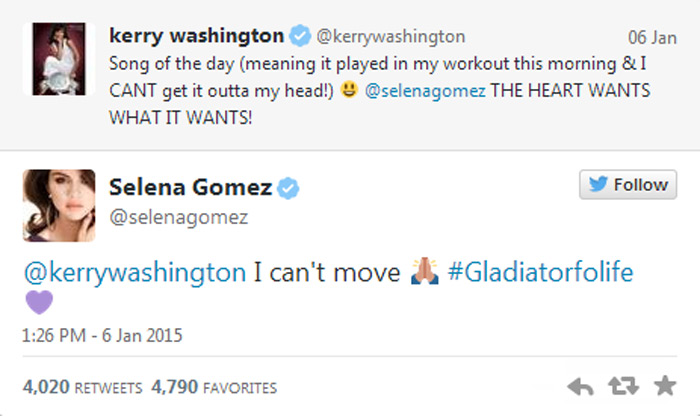