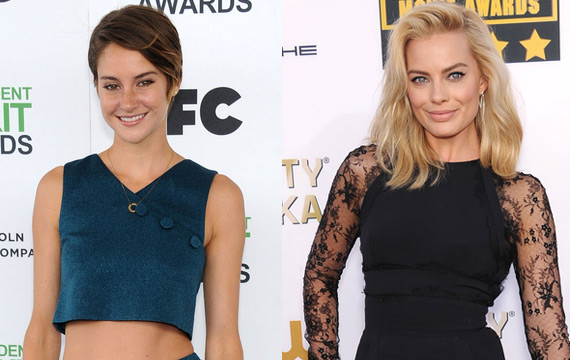 Shailene Woodley and Margot Robbie are among the actors vying for the Rising Star prize at the British Academy Of Film and Television Arts (BAFTA) Awards in February.

The Fault in Our Stars actress, who rose to fame in Oscar-winning 2011 drama The Descendants, will compete against Miles Teller, her co-star in sci-fi movie Divergent, as well as Australian actress Robbie.

Unbroken star Jack O’Connell is also up for the award and the Brit admits he feels “honored to be considered… amongst such a talented field”.

The winner will be decided by public vote and announced during the BAFTA ceremony in London on February 8.

Which star do you think will take home the prize? Anyone you think should have been nominated but wasn’t? We’d love to hear your thoughts in the comments below!