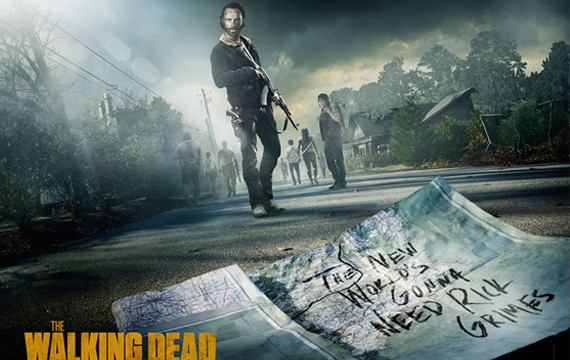 The Walking Dead will (thankfully!) be returning to our screens in a matter of weeks and AMC has released a new piece of promo art that could provide some insight into what the second hold of the season could hold for our favorite zombie apocalypse survivors.

When checking out the new art, we can see Abraham’s note to Rick that Morgan found is in the forefront, while the rest of the cast, minus a determined looking Rick and Darryl, with their backs turned, on the move again. Hopefully the placement of the note means we’ll get a Morgan/Rick reunion, since he’s been busy tracking them all season. Although the group’s surroundings still look bleak, there’s a beam of sunshine coming from a corner that (hopefully) hints at some less trying times for the gang, who lost so much during the first half of the season.

Take a look at the art below and let us know your predictions for the second half of The Walking Dead‘s fifth season: 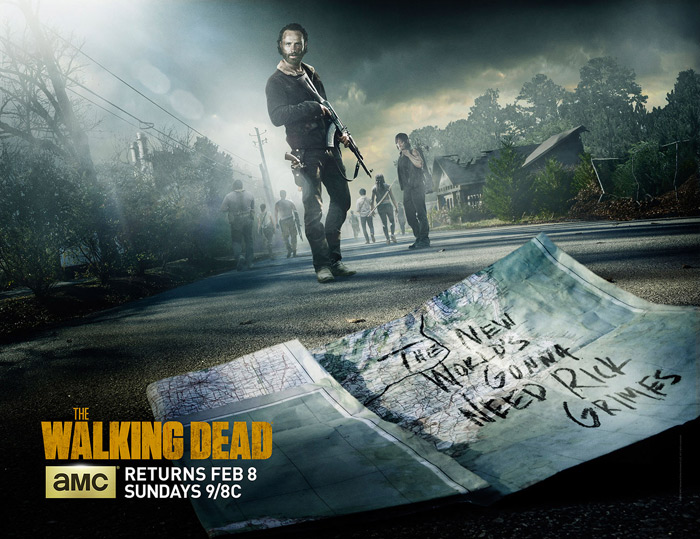 The Walking Dead returns February 8th at 9/8c on AMC.