The Ted star gave birth to the couple’s first child in September and the only photo of the little girl was posted online by the proud dad as part of a montage of babies and newborn animals as he challenged fans to guess which picture was of his kid.

The couple has yet to reveal official photographs, but now images of the baby girl have reportedly been released online.

In one photo, Kutcher holds Wyatt in a baby carrier strapped to his chest and in another the family is shown posing in furry pig costumes.

Mila and Ashton are so cute pic.twitter.com/DYl6Qa1FGw 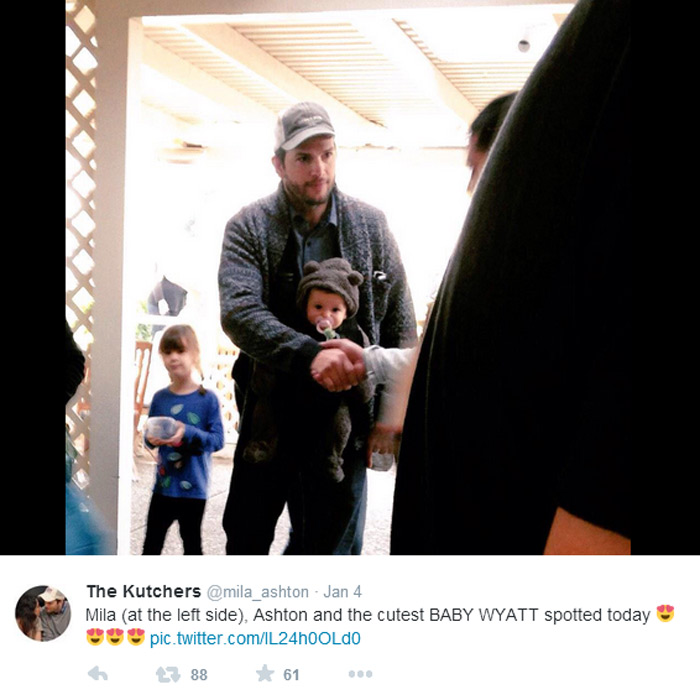 Now that’s the cutest baby we’ve seen in while! We hope the parents are too mad about the photos leaking (honestly they should be showing that impressive looking kid off every chance they get!)