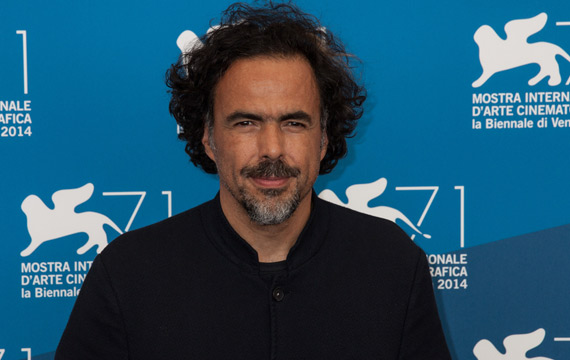 Birdman director Alejandro Gonzalez Inarritu is to receive a special award from the body behind Robert Redford’s Sundance Film Festival.

The moviemaker, who is in the running for Best Director at this year’s Academy Awards, has been announced as the recipient of the Sundance Institute’s Vanguard Leadership Award for his success in the independent film industry.

Inarritu says of the special prize, “It comes as a great honor to receive this award from an organisation whose mission, spirit and objectives are noble and have a profound effect on many filmmakers around the world.”

Keri Putnam, Executive Director of Sundance Institute, adds, “Alejandro G. Inarritu is among the most creative and innovative filmmakers working today, and the boldness, humanity and audacity of his films will inspire generations to come.”

The 21 Grams moviemaker will be presented with the award at the organisation’s annual benefit gala which takes place on June 2 in Los Angeles. Previous recipients of the prize include actress Glenn Close.

The Sundance Film Festival kicks off in Utah later this month.

Justin Bieber Prepares to Be Roasted