The new GeForce GTX 960 is here and packs quite the punch for PC gamers looking to upgrade their older GPU’s at a lower cost. I’ve spent the past week engaging in a lot of my favorite titles to see just what type of performance I could get out of the new EVGA GeForce GTX 960 SSC (Super SuperClocked). At the price of only $209, I was overly impressed by the framerates I could achieve in a lot of the most recent titles at maximum and near maximum settings. I could even DSR (Dynamic Super Resolution) a few of the more recent titles and still achieve respectable frames per second.

But before I get into the games, let me quickly go over just what the EVGA GeForce GTX 960 SSC offers to PC gamers. 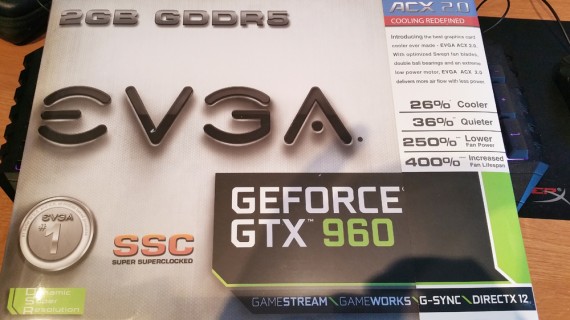 The GeForce GTX 960 is the newest member of the Maxwell family and includes all of Maxwell’s new graphics features like VXGI and MFAA, allowing gamers to witness global illumination and fewer jaggies in many games. The Maxwell architecture also allows for the GeForce GTX 960 to consume little power with a TDP at just 120W.

Also, the power requirements are so low with the GTX 960 that when playing a game like League of Legends the card only consumes 30W of power. This allows the card to run silently as the GPU’s cooling fan can completely shut off while under certain workloads.

Furthermore, gamers will appreciate that the GeForce GTX 960 has a lot of room for overclocking. The reference design sits at a base clock frequency of 1126MHz and a boost clock of 1178 while the EVGA GeForce GTX 960 SSC features a base of 1279MHz and a boost of 1342MHz. However, users can push it beyond those limits as well as I personally hit speeds up to 1489MHz without much modification at all.

I used the Steam version of EVGA PrecisionX for overclocking.

Something I learned recently and found interesting is that a Steam hardware survey showed that the #1 and #2 GPUs on the platform are the 60-class GeForce GPUs, the GTX 660 and 760. Also, two out of three GeForce gamers are using the GTX 660 or older. At $209, with this type of performance and these features, the EVGA GeForce GTX 960 SSC is a brilliant option for upgrading. The stock model of the GTX 960 is also said to be 50% faster than the 660 and delivers 2x the power efficiency. The price and performance of the GTX 960 is really quite ideal. 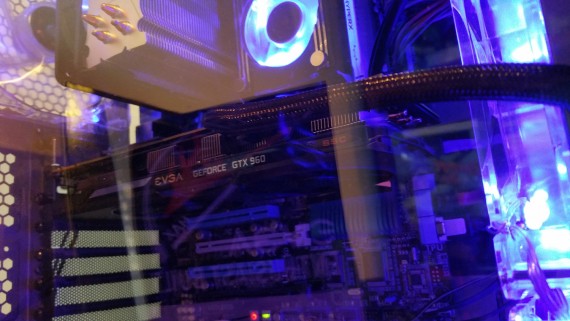 So how does it perform specifically with certain games? Well, let’s jump in!

I put the EVGA GeForce GTX 960 SSC to the test with many different titles, almost all of which you will see in video below. One game I didn’t take video of is the Evolve beta. Here’s a game that I could only run on high to reach near 60 frames per second. If I tried to max out those settings, it would sit around 30FPS with drops below.

Each video below shows the graphic options I selected to run the game along with some basic gameplay for your viewing pleasure. I also took some screenshots of games played with DSR enabled to display the visual difference.

I’ve really grown to love using Dynamic Super Resolution (DSR). I make sure to use it as often as possible because I can see the difference in the small details. There are games that don’t seem to benefit from it much, but for the most part I find it to really enhance the sharpness of the image which helps further bring out the surroundings. It’s great that the GeForce GTX 960 can run DSR just fine in certain games as it really shows off the power and ability of the card and allows gamers to enjoy their favorite titles in even more detail. Check out some of the DSR images below to go along with the videos! 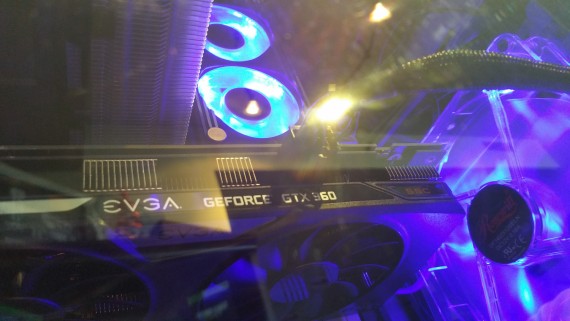 I was able to get 40-50 FPS on Very High settings, with 50-60 FPS on High. Still looks incredibly beautiful either way.

Dishonored allowed me to play at 3820×2160 DSR while hitting 60FPS. I did notice lows reaching 40, but almost immediately it would jump right back up into the 50’s and then 60 again. 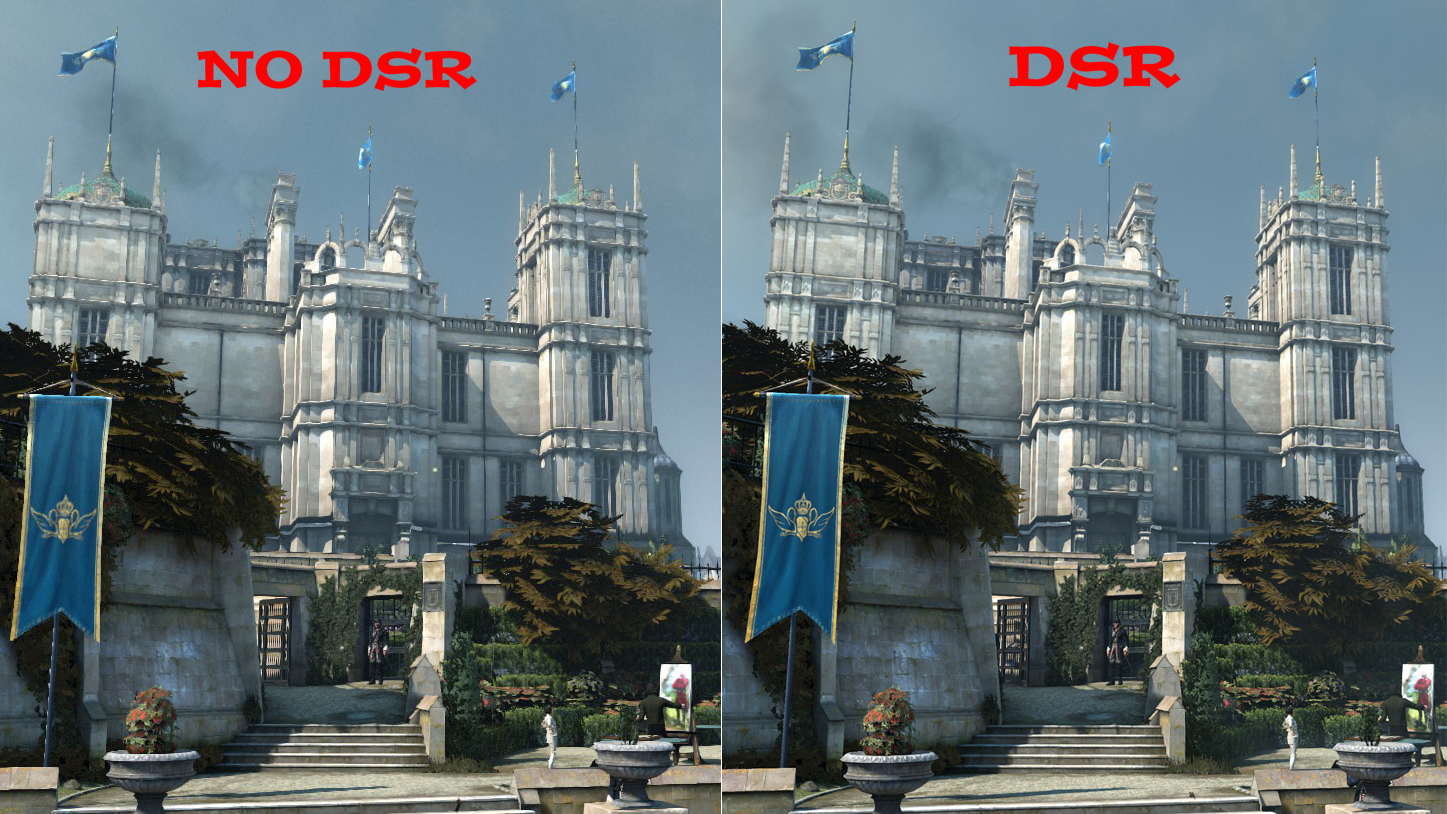 Max settings at 1080p played perfectly at around 60FPS.

I could play Shadow of Mordor on mostly high settings with a few options on Ultra, reaching an average of 50 frames per second.

Obviously I had the need to speed. I was actually hoping for a little bit more out of this game as I could only get in the upper 30’s for frames per second when playing on 2715×1527 DSR. However, the image below is a good example of how well DSR can work. 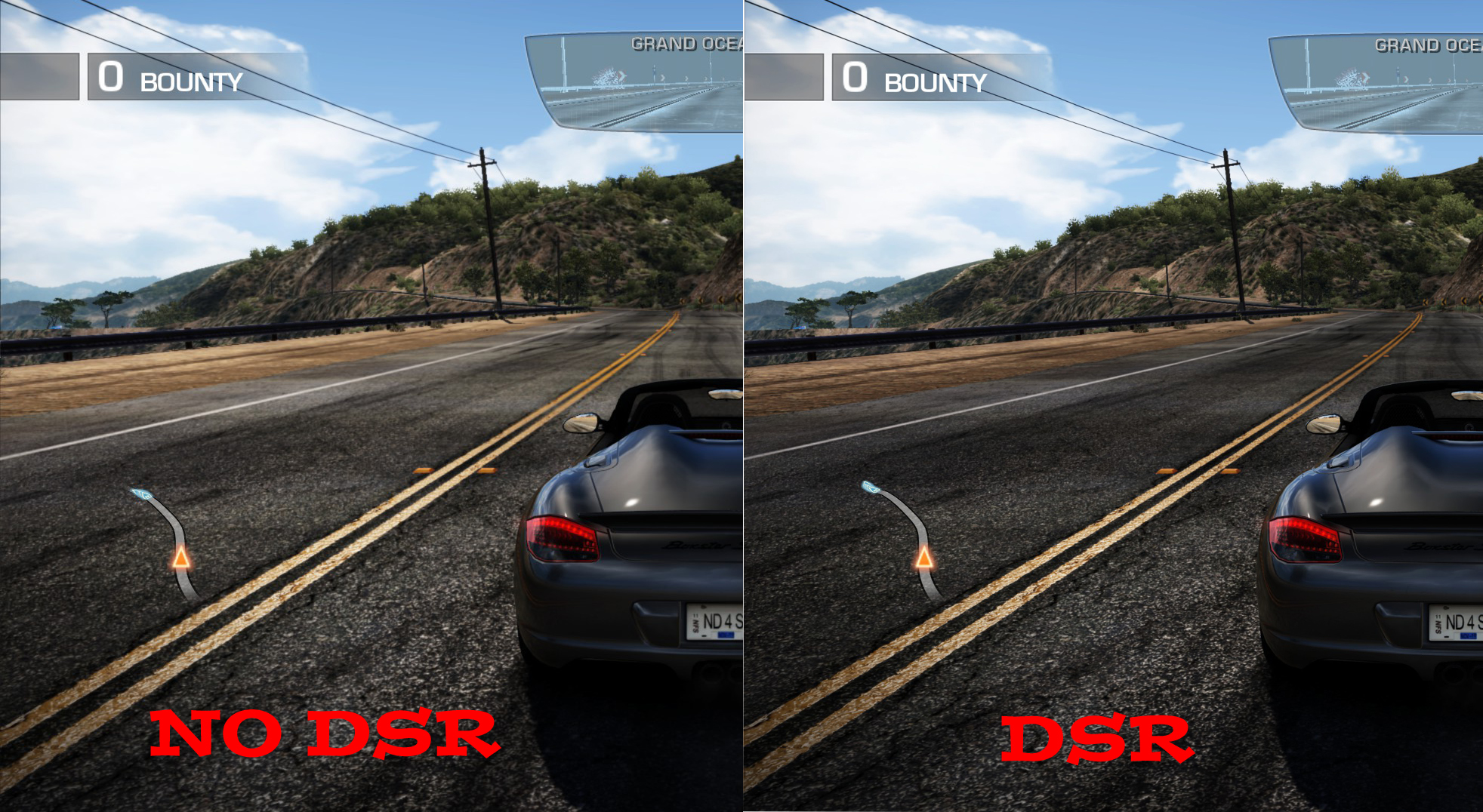 The Lord of the Rings: War in the North

Other than its sometimes lengthy battles, I found myself to really enjoy this title. Here’s another game that ran at max settings with 3820×2160 DSR.

I couldn’t quite max out the graphic settings on The Crew, but on near max settings I could get 45-55 frames per second.

The EVGA GeForce GTX 960 SSC is the perfect choice for gamers who are looking to upgrade their card for something that’s more affordable. I’m very impressed by its performance in even some of the most demanding games. I’m also happy to be able to take advantage of DSR on games that aren’t too dated. This card can definitely handle a lot! And gamers who want 60 frames per second on every game can find it with GTX 960, although they won’t be able to max out the most demanding games. However, seeing games like Shadow of Mordor, Evolve, and Crysis 3 on just high settings rather than maxed out settings is still a treat on the eyes. 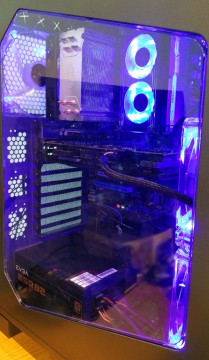 Here’s another look at DSR with a .png file