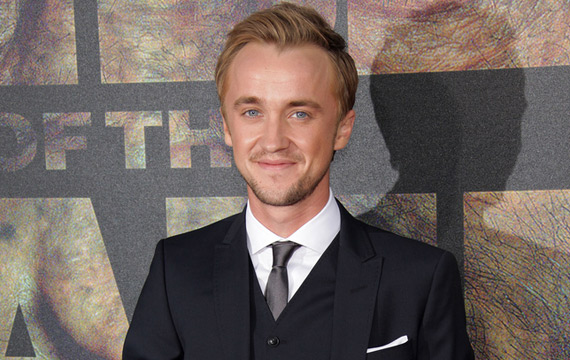 Tom Felton was left frustrated on the set of crime drama Murder in the First after producers refused to tell him any details of the plot.

Felton and his co-stars Taye Diggs, Kathleen Robertson, and Steven Weber were kept in the dark by bosses at network TNT during the first season last year (as they did not want the various twists and turns to leak online.

The actors would even gather together on set and try to work out the show’s ending themselves, but Felton admits it helped to keep him interested in the plot and was an “exciting” way of shooting.

He tells U.K. TV show This Morning, “They only gave you the pilot, the first episode… naturally I want to know how this character progresses and what happens as the episodes go on and they refused to give us anything.

“The cast got together every morning and you try to put together your own theories as to who was guilty and who was going to end up in the firing line, and yeah, the writers did throw us… I would get emails saying that my character was going to be an alien and is going to end up being a transvestite pole dancer and so forth. With these writers you never knew what was coming next… so I politely smiled and laughed.

“It was the first time for me doing that… Even each episode we got week to week. In fact, the final episode, the last five pages were omitted right up to the day we shot them. I actually had a prop guy came up to me in the lunch break and told me what actually happened, what the final result was. That wasn’t exactly how I intended to find out for it, but it makes it exciting.”

Lauren Graham Reveals How She Found Out 'Gilmore Girls' Was Canceled