Could Adele Be Picked to Record Another James Bond Theme? 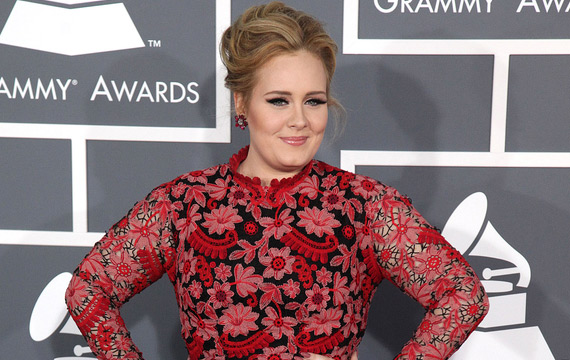 Sounds likely! Adele is rumored to be returning to the James Bond franchise to record a second theme tune after scoring a smash hit with “Skyfall.”

The star won a clutch of awards, including an Oscar, for the title track to the last 007 movie, and rumors over who will record the theme to the next film, Spectre, have been rife since Daniel Craig began shooting the blockbuster in Europe late last year.

Adele is now the latest star linked to the top job as reports suggest movie bosses are keen for her to return and record a follow-up to “Skyfall.”

A source tells Britain’s Daily Mirror newspaper that the singer has met with movie bosses in California and presented her ideas for the track, saying, “Everyone thinks Adele is here (in California) for her much anticipated new album, but she is actually working on a music idea for the James Bond film. She hadn’t been in contact with the film bosses for a few weeks, but suddenly she said she had great plans for the theme, so they flew her over. The execs made their feelings known to Adele that they want her back for the next film. They’ll still have to decide whether they want the tune once it’s recorded.”

If Adele is given the job, she will become the first star since Shirley Bassey to record more than one Bond theme. Bassey sang three 007 tunes – “Goldfinger,” “Diamonds Are Forever” and “Moonraker.”

Kanye West Describes Being 'Racially-Profiled' as a Young Man