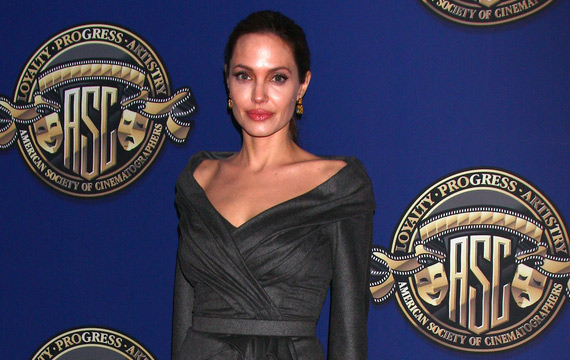 Angelina Jolie paid a visit to displaced citizens in Iraq on Sunday, and appealed for urgent funding to aid more than three million refugees fleeing the civil war in Syria.

The actress and activist was in the Middle East as a special envoy to the United Nations High Commissioner for Refugees (UNHCR), and addressed journalists at a press conference from a Kurdish refugee camp in the northern Iraq city of Dohuk.

In an impassioned speech, she said, “Since I was last here in Iraq another two million people have been forced from their homes. The brutality of the conflict and the speed and scale of the displacement has shocked the world and help has come but not nearly enough.

“It is past time for leaders on all sides to find a common ground and a way to move forward. It is not enough to defend our values at home we have to defend them here, in the camps and in the informal settlements across the Middle East, and the ruined towns of Iraq and Syria.”

Earlier in the day, Jolie met with families living in makeshift homes in the camp and took a tour of the area, which was built for the thousands of refugees who fled their homes in Mosul after it was invaded by Islamic State fighters.

She continued in her speech, “Millions of people are internally displaced and over five million people are in dire need of humanitarian assistance in Syria alone. They are paying the price for our collective failure to end the conflict which has allowed extremists to take hold.

According to the UNHCR, they only received 53 per cent of the $337 million needed to properly aid refugees in Iraq and Syria in 2014.

George Clooney Was Gifted with Extravagant Pre-Wedding Dinner in Venice